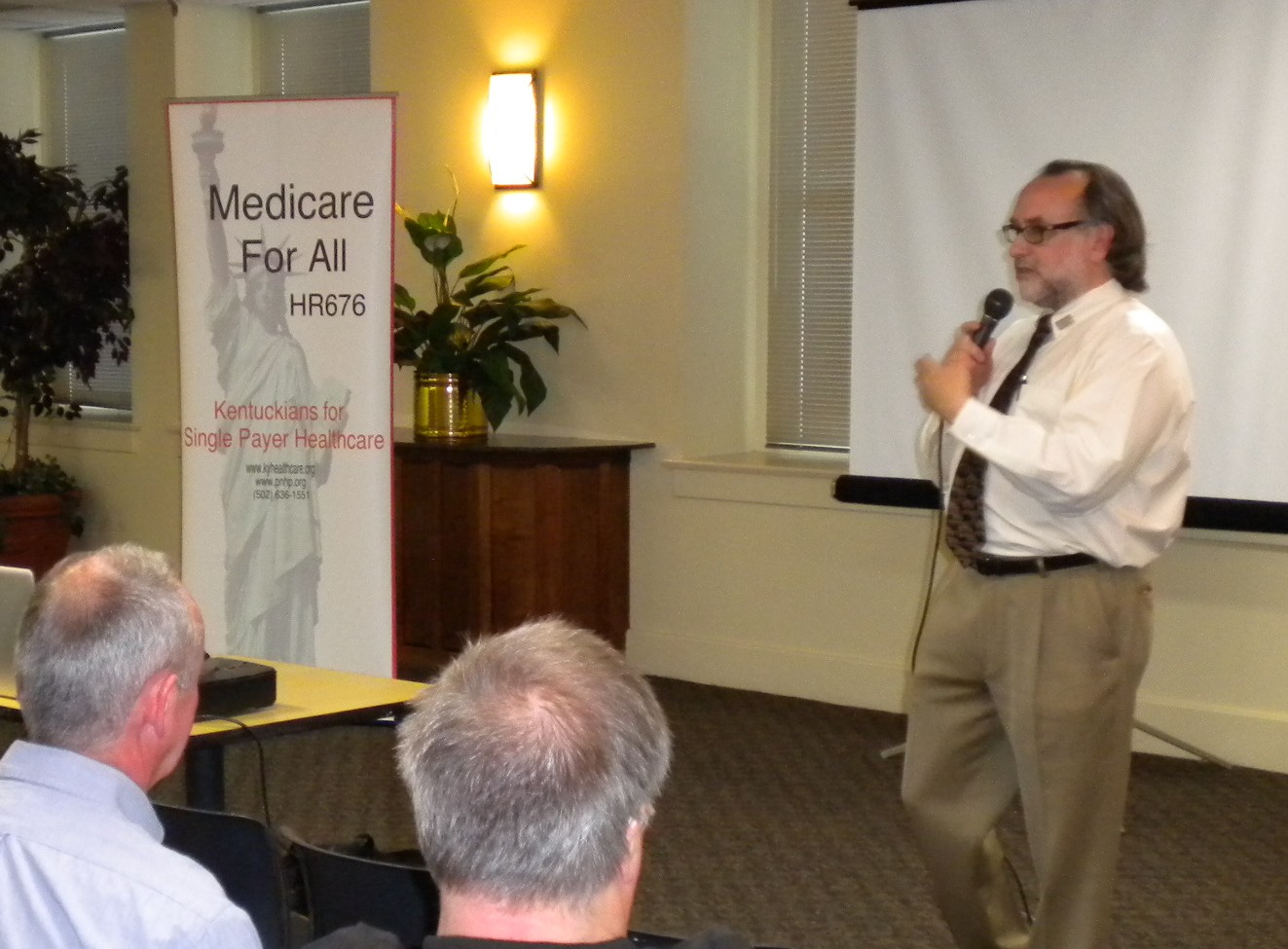 Ed Weisbart, MD, Chair of Physicians for a National Health Program–Missouri, explains single payer health care during a public program at the Old Medical School in Louisville on Thursday, April 10, 2014. 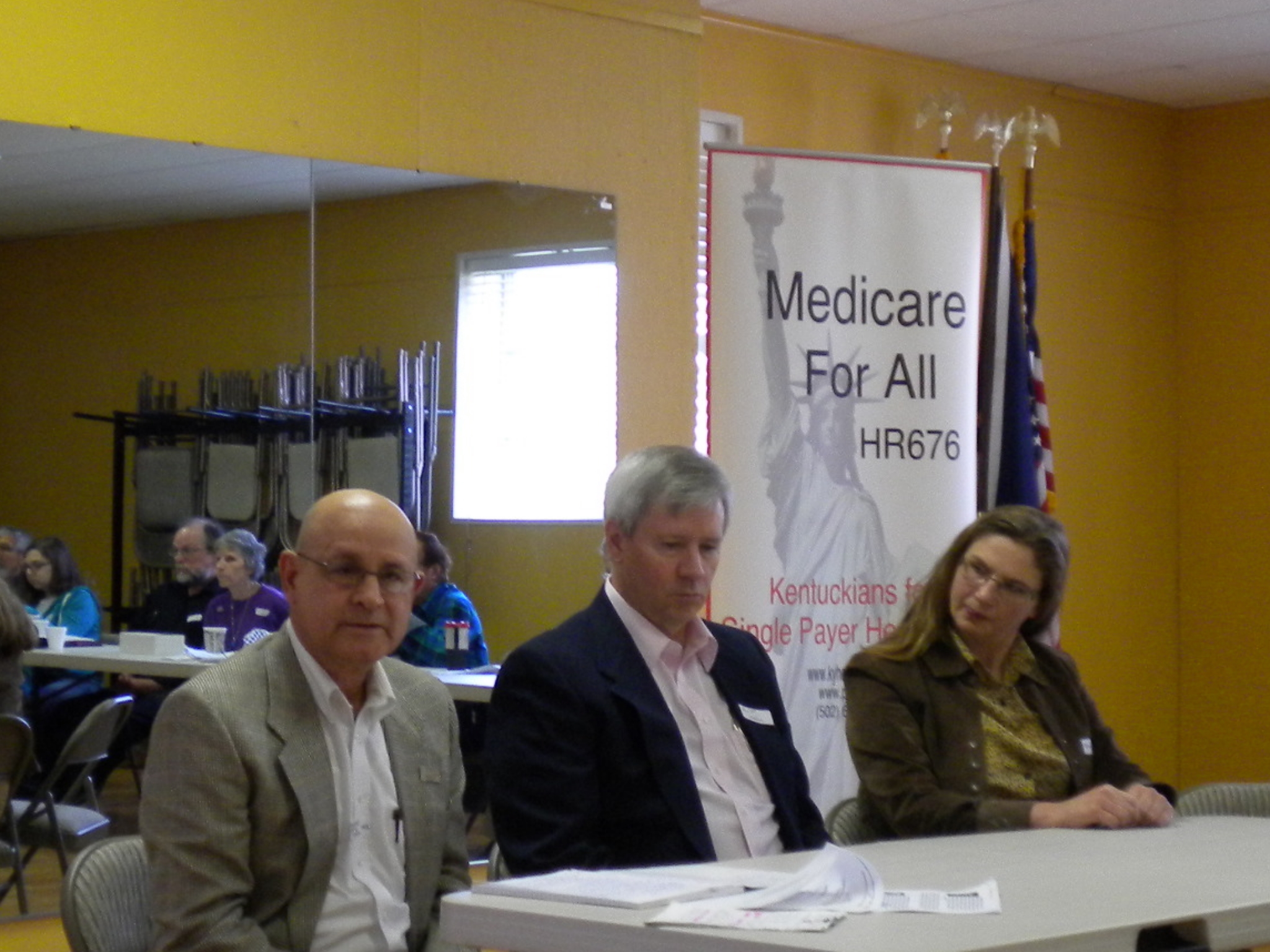 Edgar Lopez, MD, moderated a panel of Kentucky physicians at the PNHP-KY Annual Meeting. They spoke about what is currently happening to patients and to medical practice. L-R: Dr. Lopez; Scott Graham, MD, Fredonia, KY; Tracy Ragland, MD. In addition, Esther Costel, MD, was on the panel. 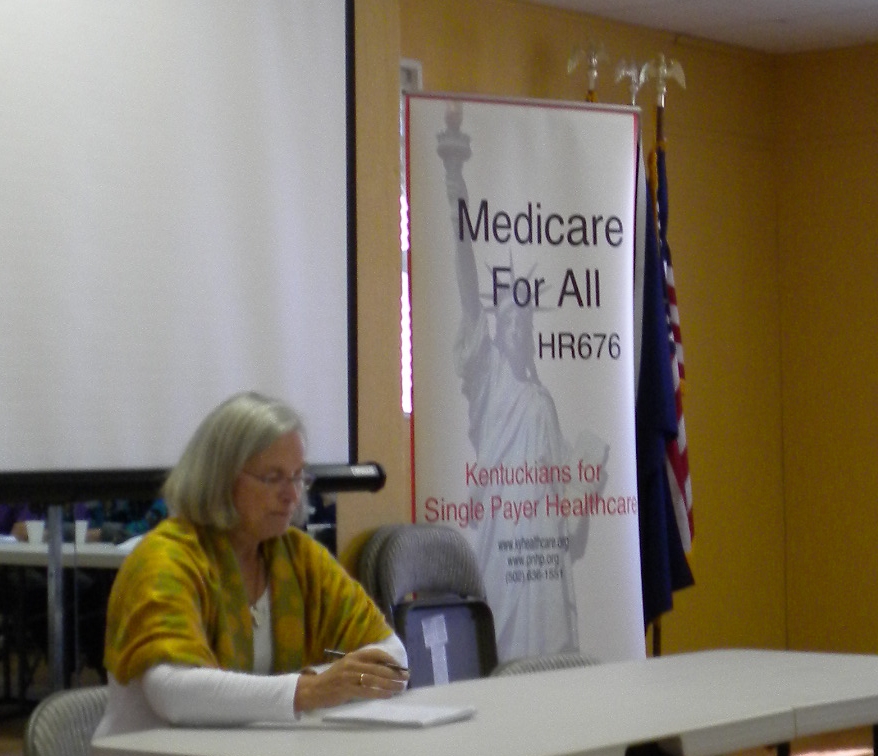 Dr. Carol A. Paris spoke at the PNHP-KY Annual Meeting on “Fighting for Single Payer in the US and Health Care in New Zealand.” Dr. Paris, a member of the Baucus 13, has just returned from a year of practicing in New Zealand.