Lighting Up the Night from the Big Four Bridge

Thousands attending a riverside concert on July 30, 2014, saw the message curving across the city skyline. Louisville joined dozens of cities in celebration of our nation’s best health program.

We must protect Medicare for it has lifted generations of seniors from poverty, made the hospitals of the South integrate because Medicare could not be collected by those who segregated, brought dialysis to all with kidney failure, and shown that this public program works efficiently and saves money.

Yet we must improve Medicare for even with it some cannot afford care–it does not cover dental, nor hearing aids, nor nursing homes, co-pays and deductibles are growing, some drugs are very expensive, and it is being privatized through the Medicare Advantage plans.

And we must expand Medicare so that every person, regardless of age, has health care. By passing HR 676, national single payer health care, we will secure Medicare, save billions, and make health care a human right. 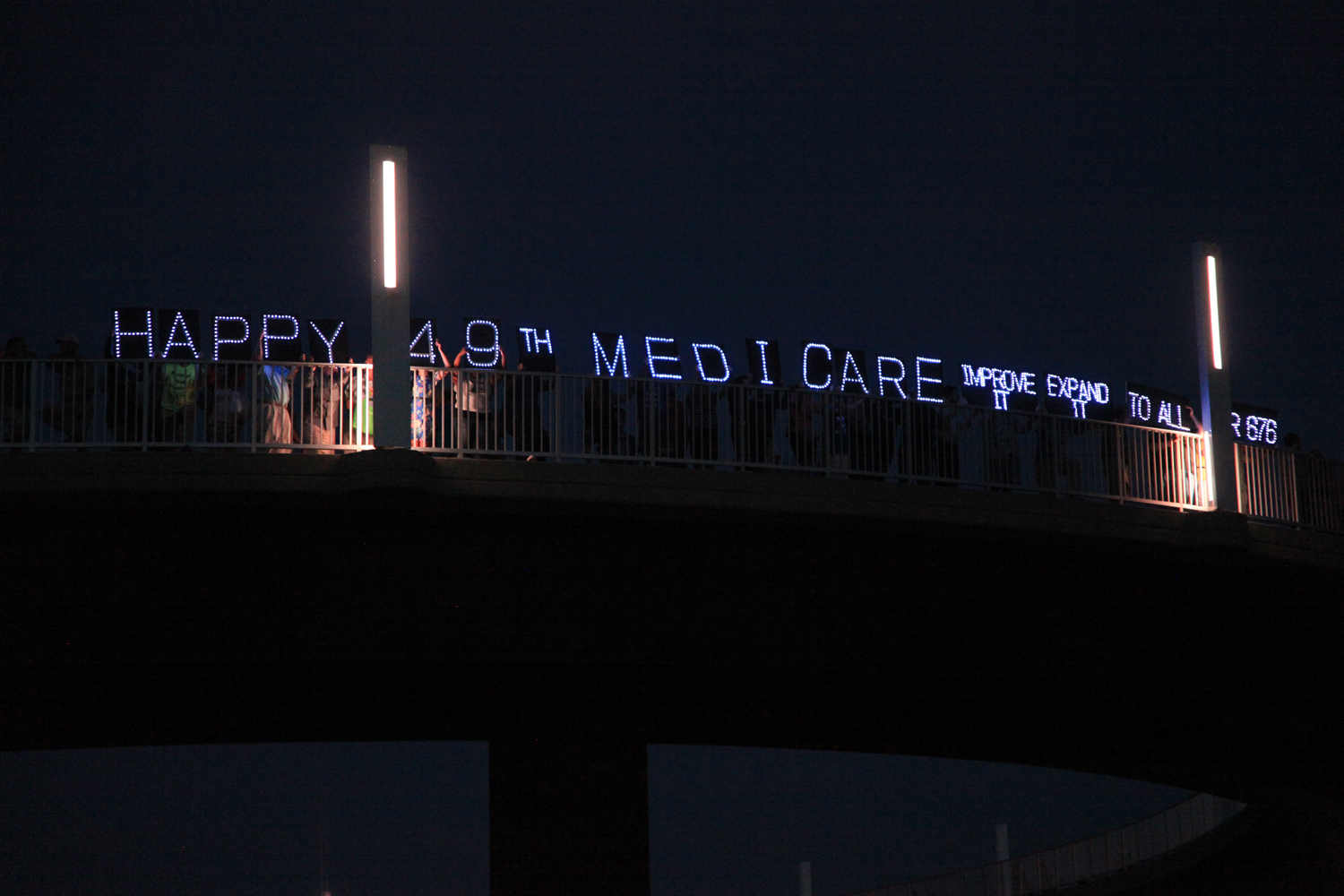 The homemade, lighted letters arc across the sky. Photo by Eddie Davis 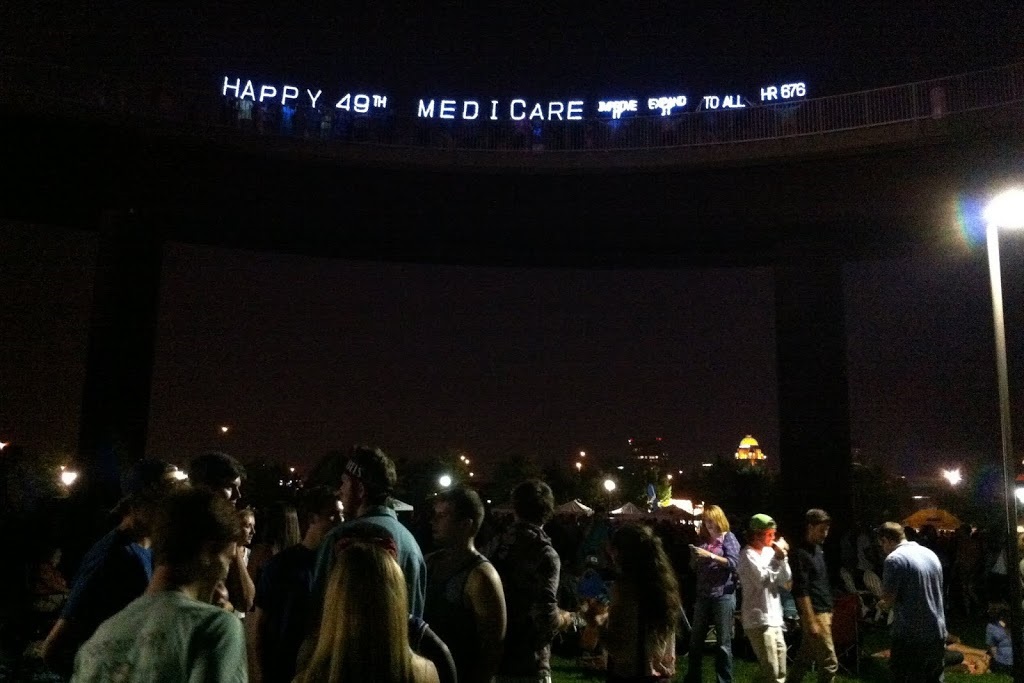 Medicare celebration soars above Louisville and the youthful crowd of concertgoers. Photo by Jean Marie Borger 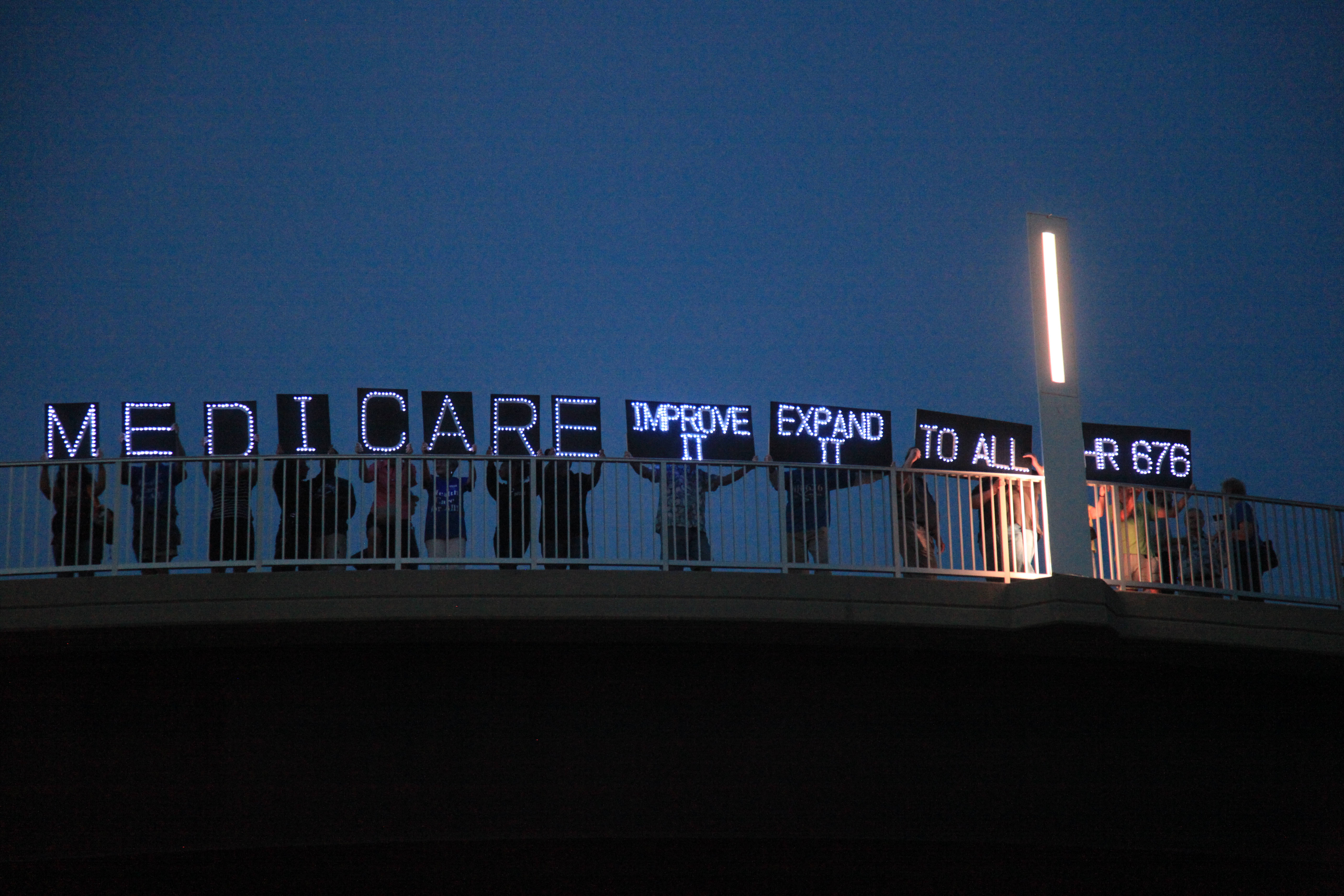 At twilight on the ramp facing west. Photo by Eddie Davis 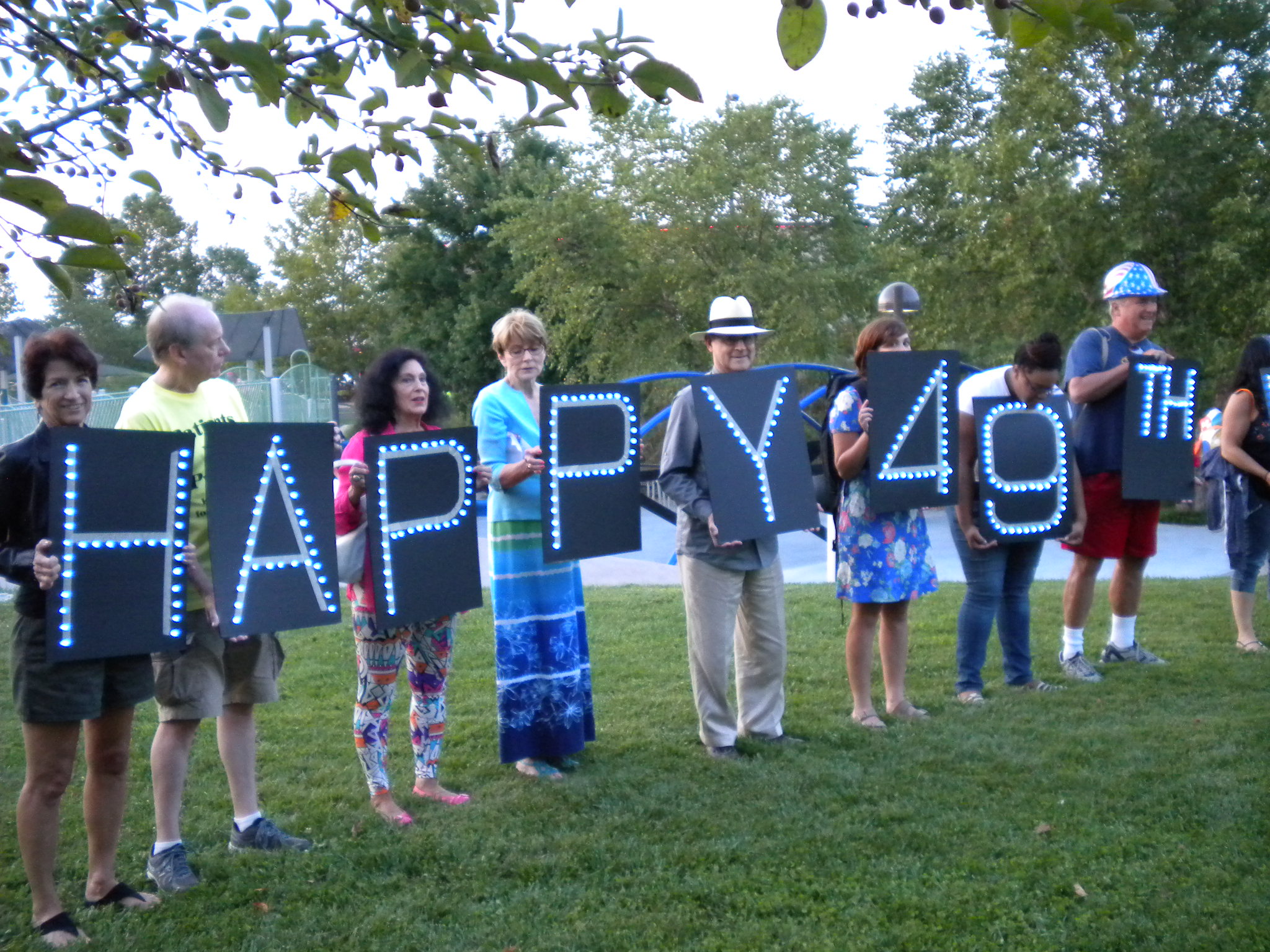 Lining up the letters on the lawn before ascending the ramp 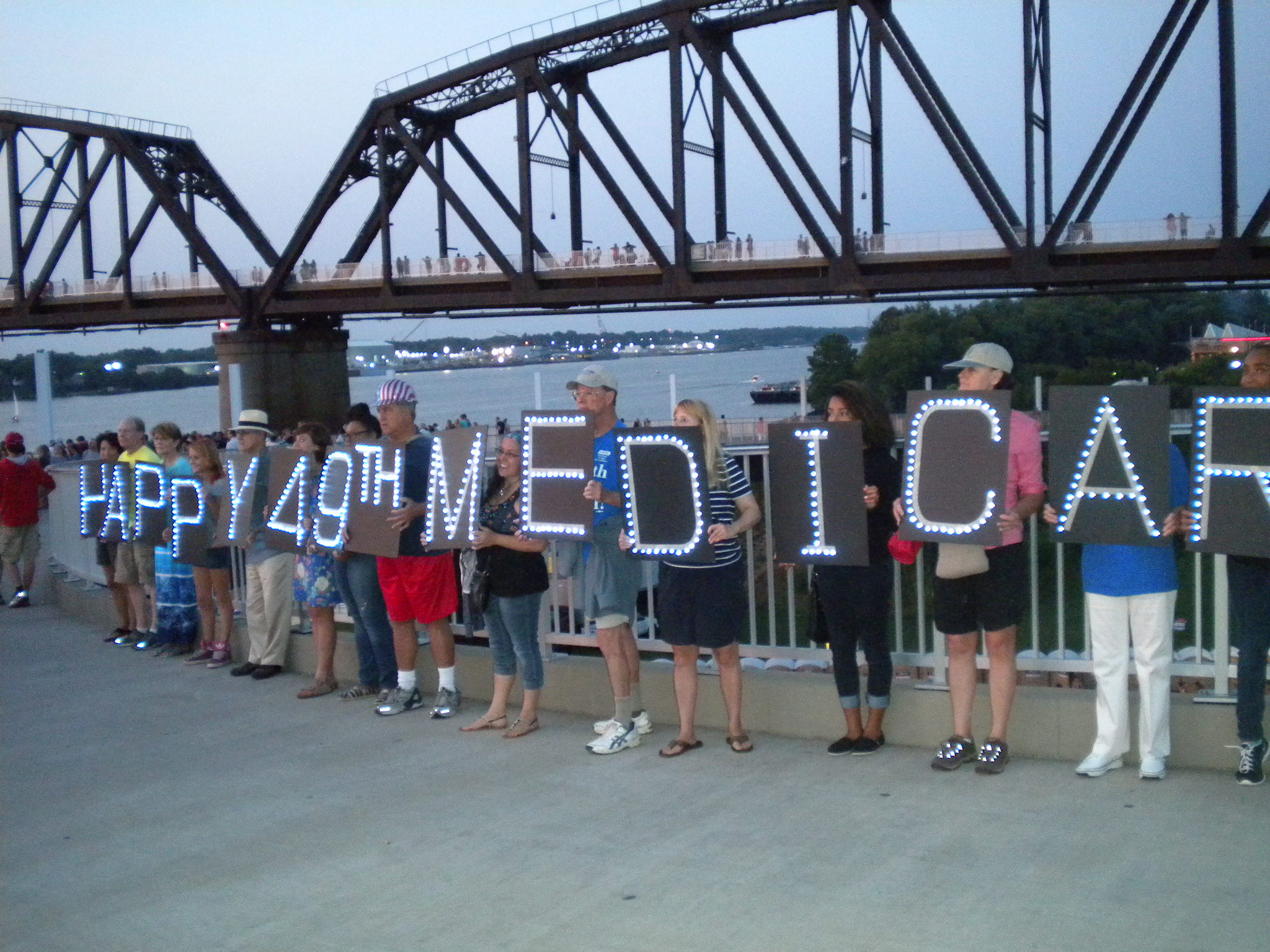 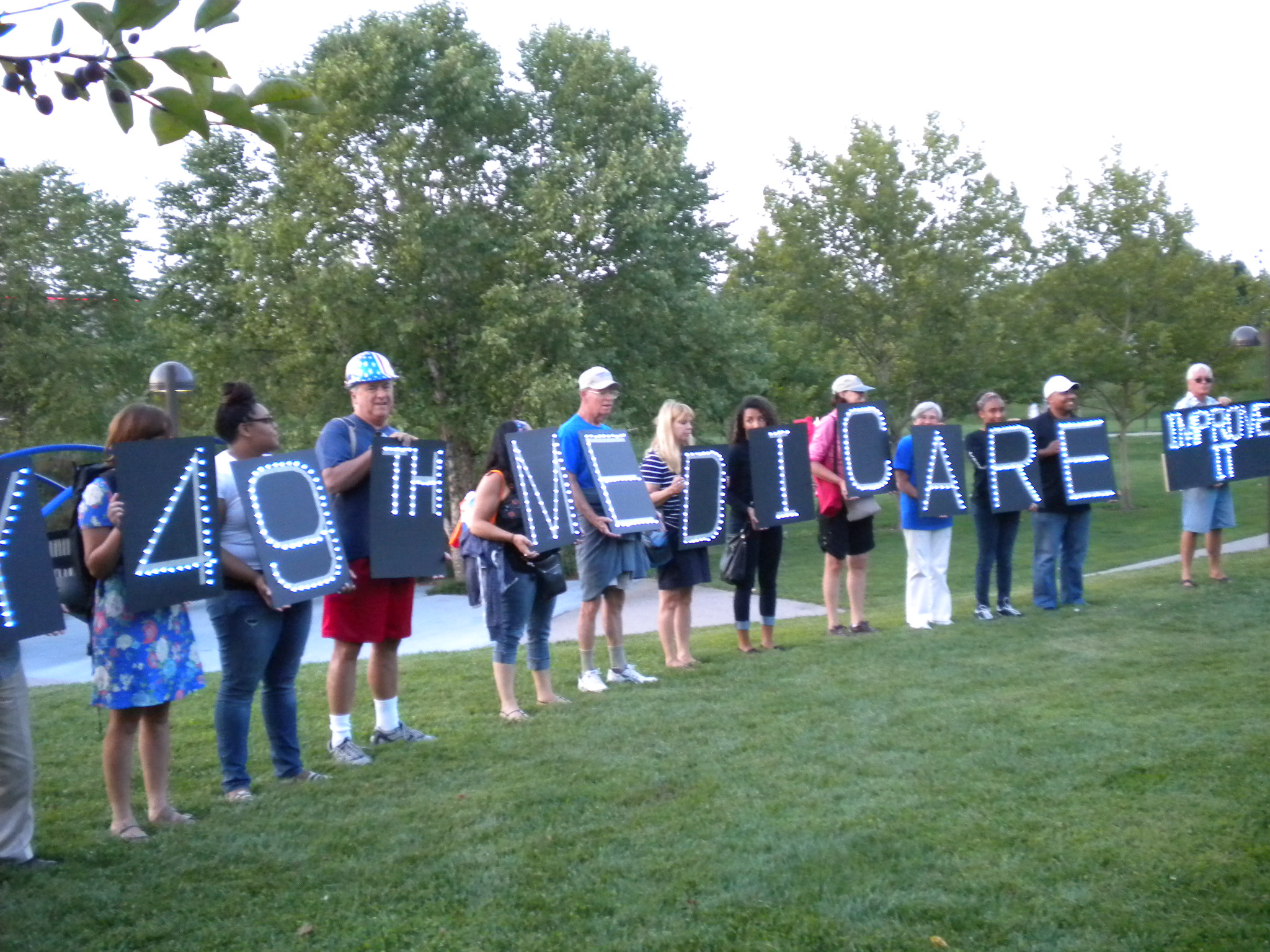 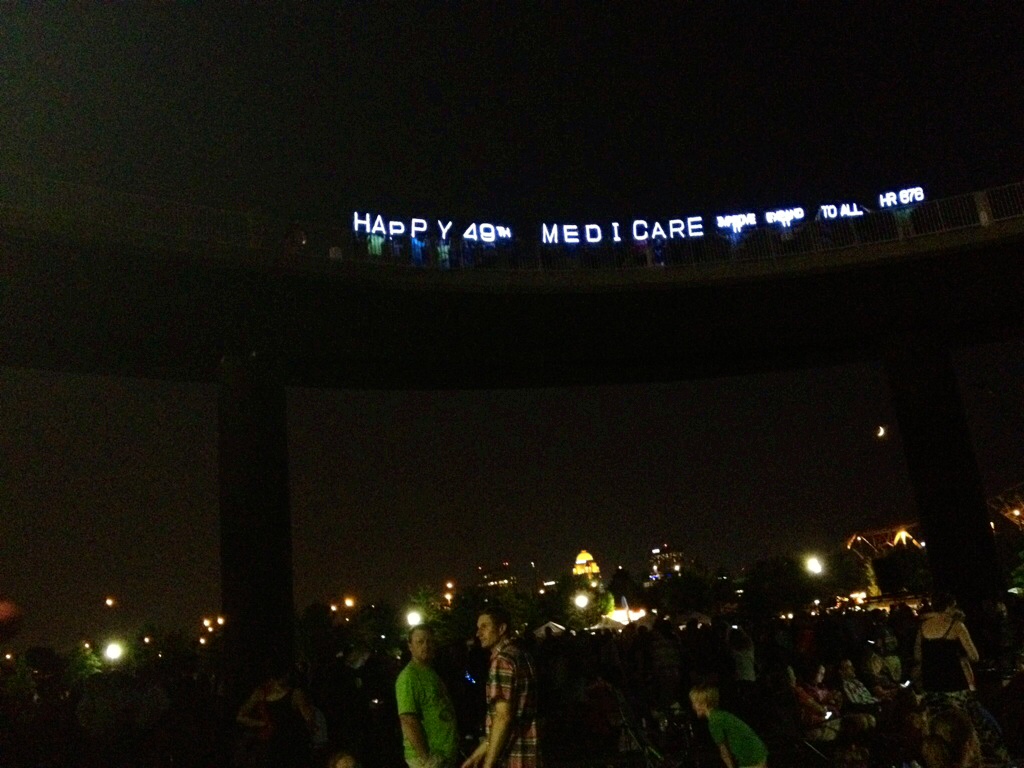 The message floats above the city lights–and the moon. Photo by Carrie Irwin. 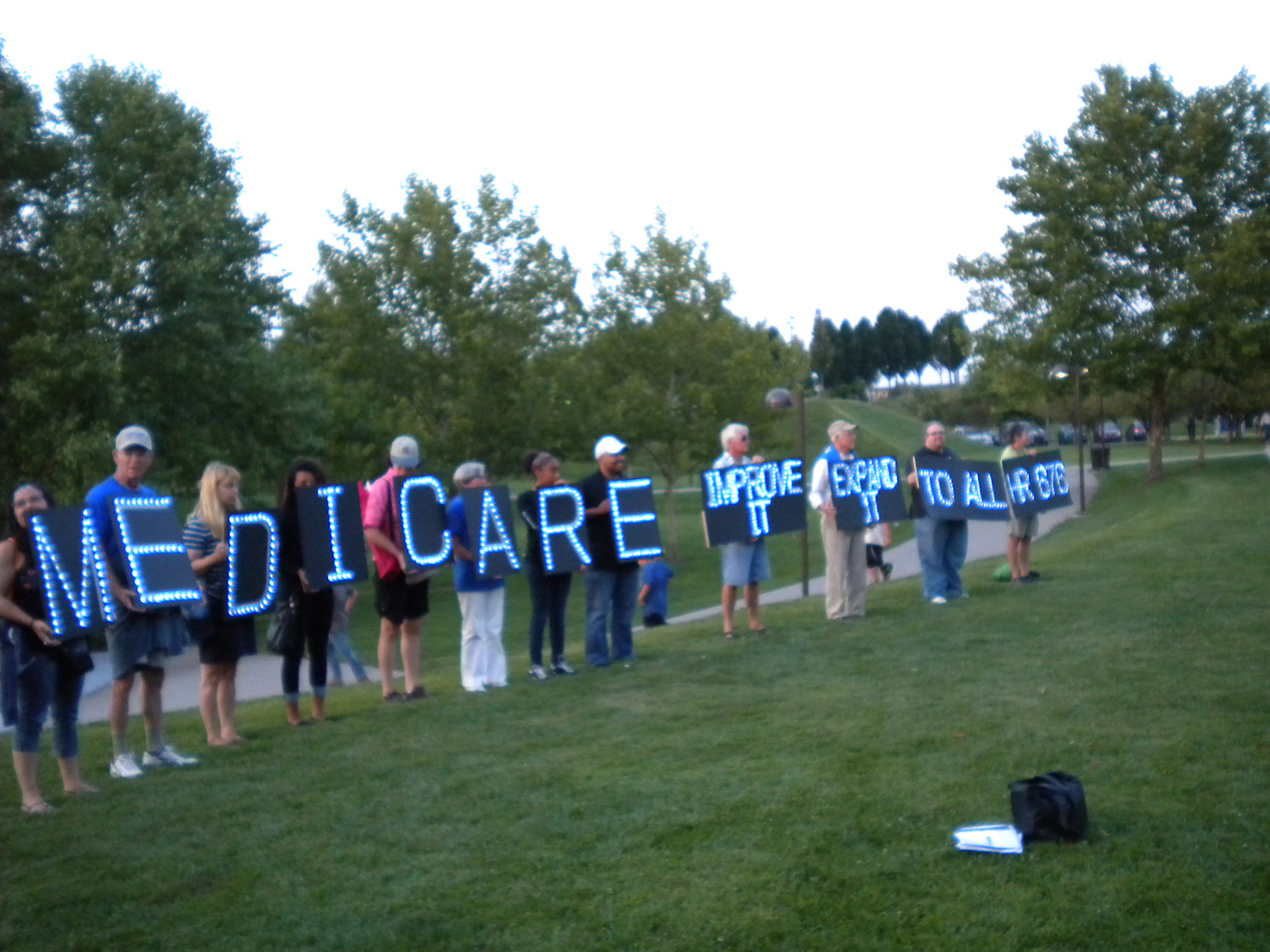 Keeping it in proper order 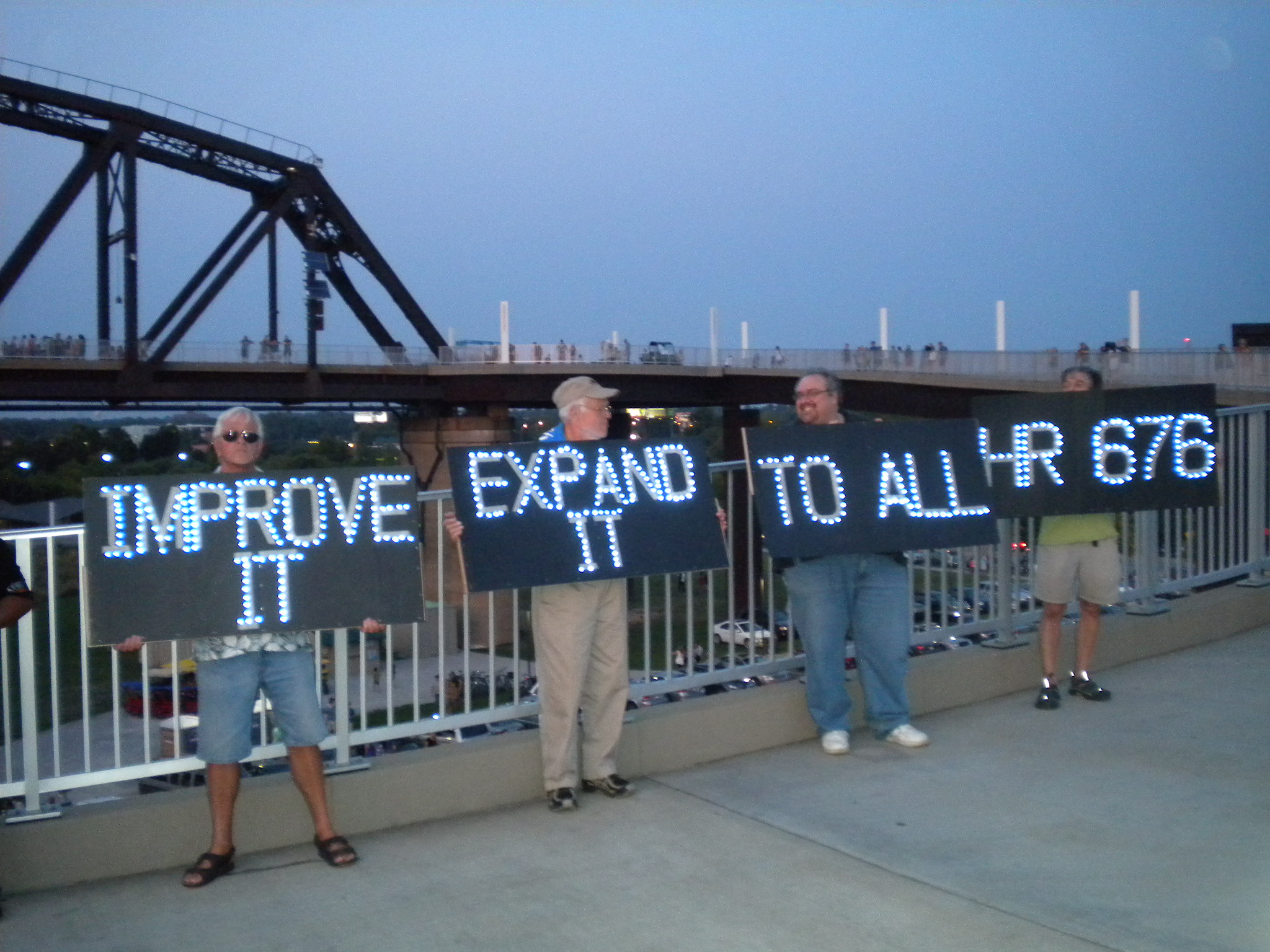 The four big boards were heavier and harder to carry but Scotty Pulliam, Dr. Garrett Adams, Keith Rouda, and Mark McKinley rose to the task 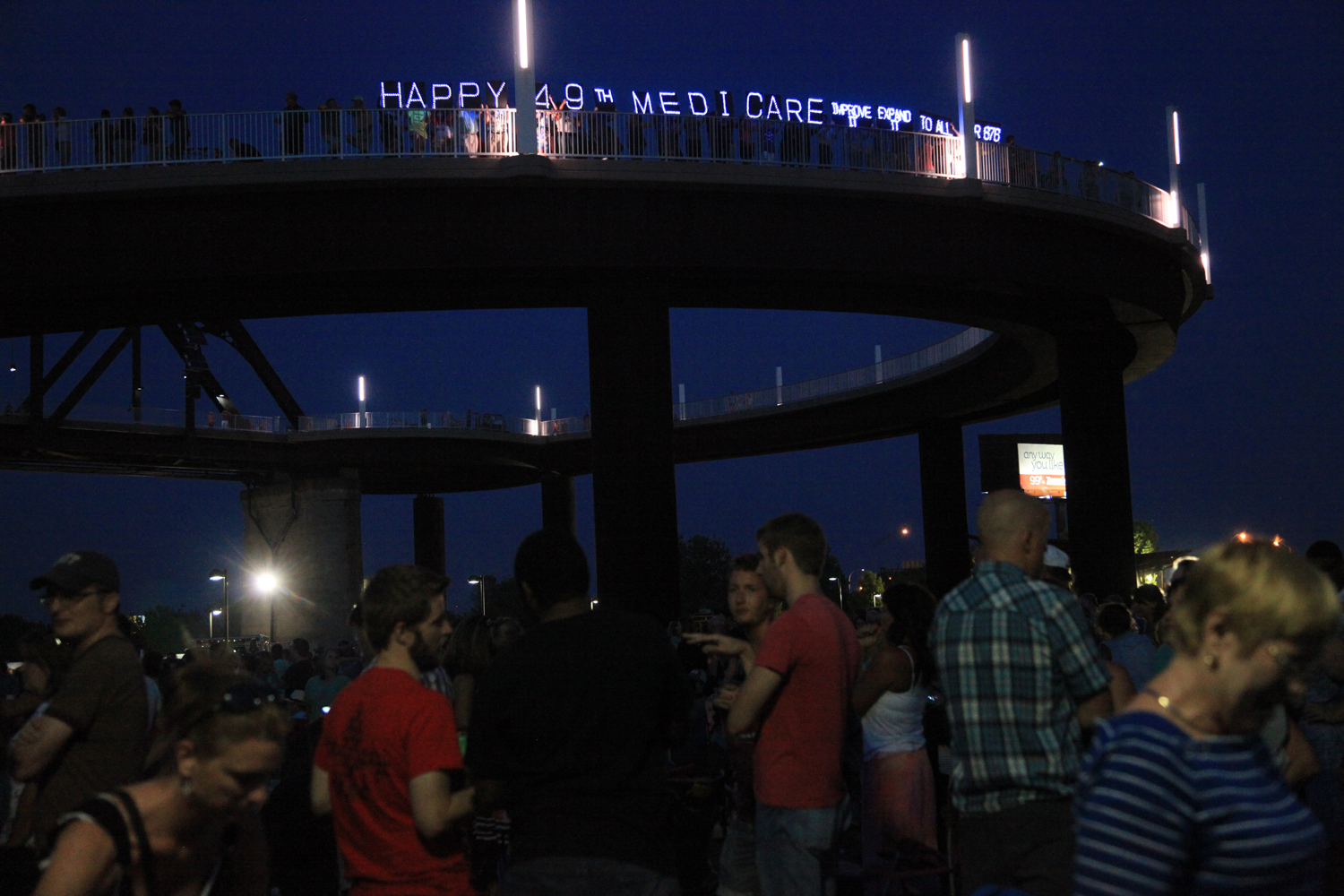 Kentuckians for Single Payer Health Care is delighted to bring the first Light Brigade to Louisville. We thank Leslie Harris of the North Texas Light Brigade and the Overpass Light Brigade for the inspiration and the guidance. Thanks to all of the letter carriers who braved the difficult parking conditions to lift up the message. Thanks also to the lettermakers, Harriette Seiler, Peg Box, Dave MacCool, Betty Schmitt, Garrett Adams, Lane Adams, Jill Harmer, and Kay Tillow, who put the signs together from corrugated plastic and LED lights run by batteries.