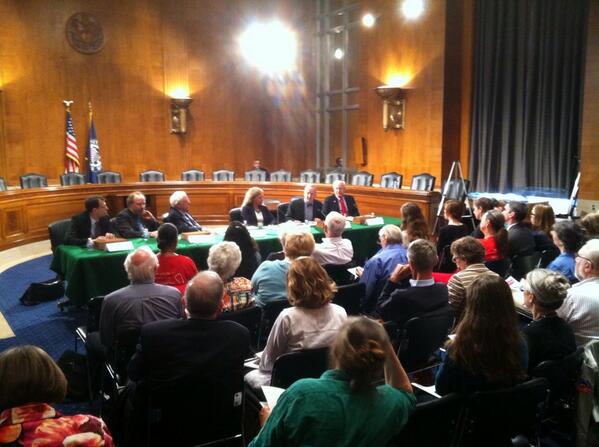 On May 21, 2014, in the Dirksen Senate Building on Capitol Hill, Senator Bernie Sanders chaired a panel with single payer leaders.

Video here. The video begins at the 25 minute mark.

25.00 Senator Sanders:
“We are the only major country on earth that doesn’t guarantee health care to all people.”

27:45 Rob Weissman, President, Public Citizen:
“We win the argument on the merits.” Remarks.

34:10 Gerald Friedman, Professor of Economics, Amherst:
“We have 4 years less life expectancy given our spending.”

48:50 Andy Coates, MD, President of Physicians for a National Health Program:
“Single payer would work–we could do this.” Remarks.