In Frankfort on February 7, 2007, the Kentucky House of Representatives passed HR 81, a resolution endorsing HR 676, the National Health Insurance Act. Introduced by the Honorable Joni L. Jenkins (D), District 44 (Jefferson), the resolution was adopted by voice vote. Kentucky is the first state in the union to pass such legislation. 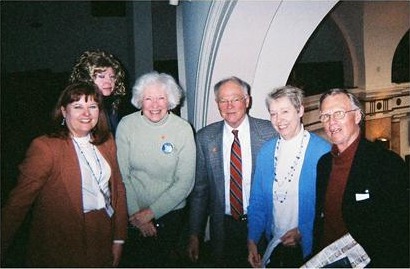 The resolution itemizes health care issues facing the state and the nation, and concludes with the following statement:

Be it resolved by the House of Representatives of the General Assembly of the Commonwealth of Kentucky:

Section 2. The Clerk of the House of Representatives is directed to transmit a copy of this Resolution to the President of the United States and the members of the Kentucky Congressional Delegation.

The full text of the resolution is available in a Word document at
http://www.lrc.ky.gov/record/07RS/HR81/bill.doc.