On Tuesday, September, 8, 2015, Dr. Carol Paris of Nashville addressed a noon gathering of University of Louisville Medical Students sharing her experience of practicing in New Zealand.  She utilized her first hand knowledge of that system to explain single payer health care and how it works.

To the students’ delight, Dr. Paris included the story of her arrest in a U. S. Senate Finance Committee Hearing where she and others stood to protest the exclusion of single payer from the discussion of health care reform in the lead up to the passage of the Affordable Care Act.

The meeting was organized by the newly formed U of L Chapter of Students for a National Health Program, SNaHP.

On Thursday, October 1, 2015, SNaHP chapters at medical schools across the country will hold teach-ins, rallies, and an evening candlelight vigil to bring national attention to our failing health care system.

The U of L Chapter which has achieved formal recognition as an official campus organization will participate in the October 1 day of action to demand a more just system through the institution of a single-payer, universal, “Medicare-for-All” system. 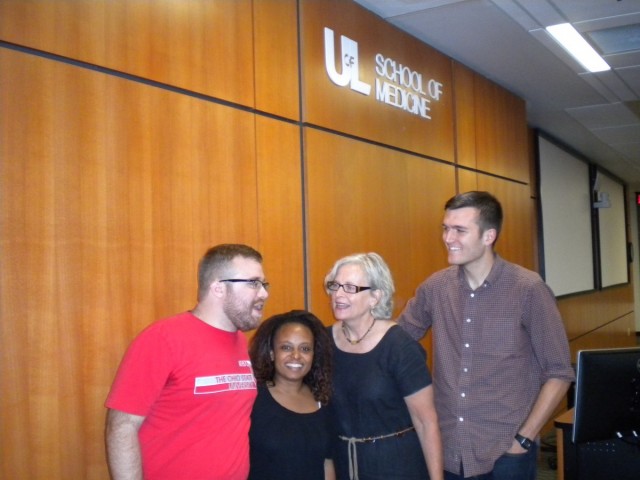