On Friday, Nov. 18, 2016, about 200 people picketed and rallied outside the headquarters of PHARMA in Washington, DC, to protest astronomically high prices for drugs and to demand improved Medicare for All.  The demonstration was called by Physicians for a National Health Program (PNHP), the national organization of over 20,000 doctors who support single payer health care. 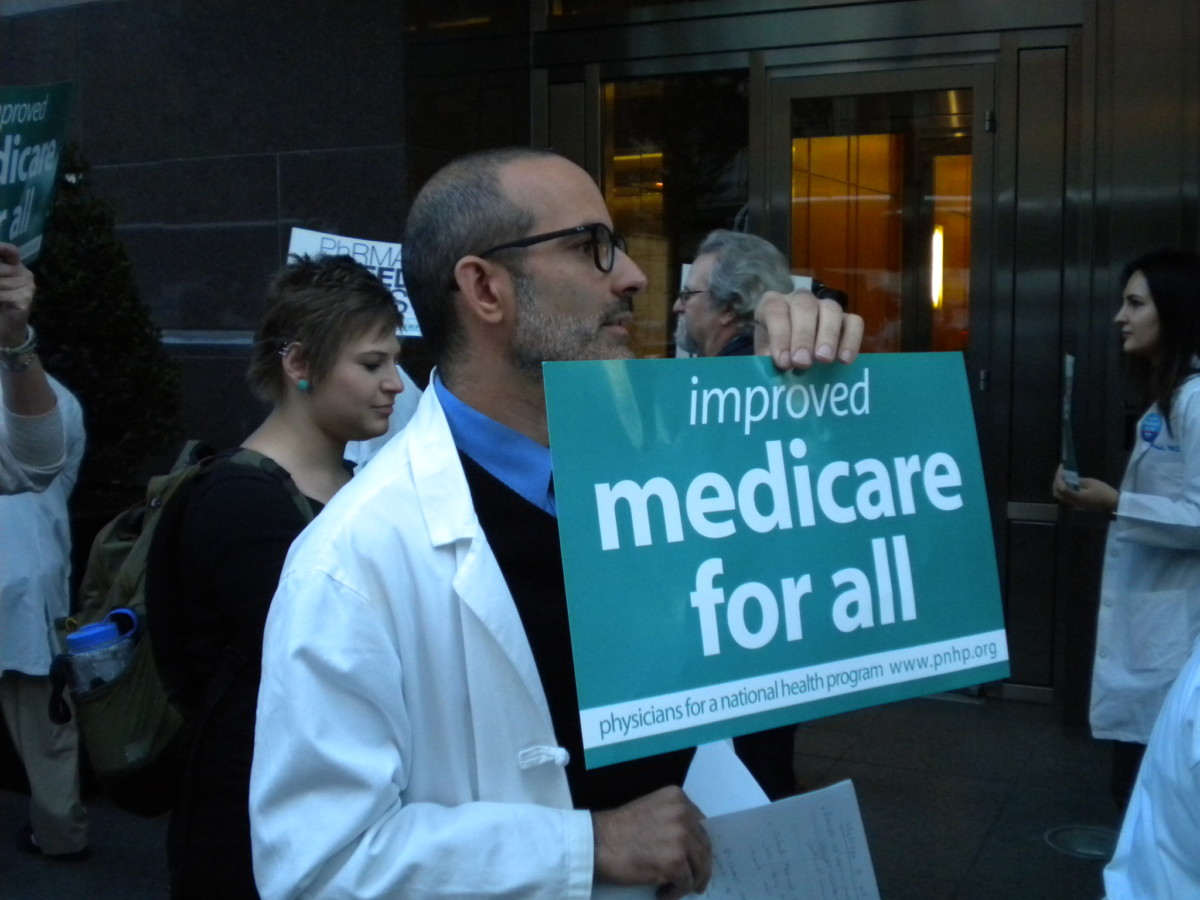 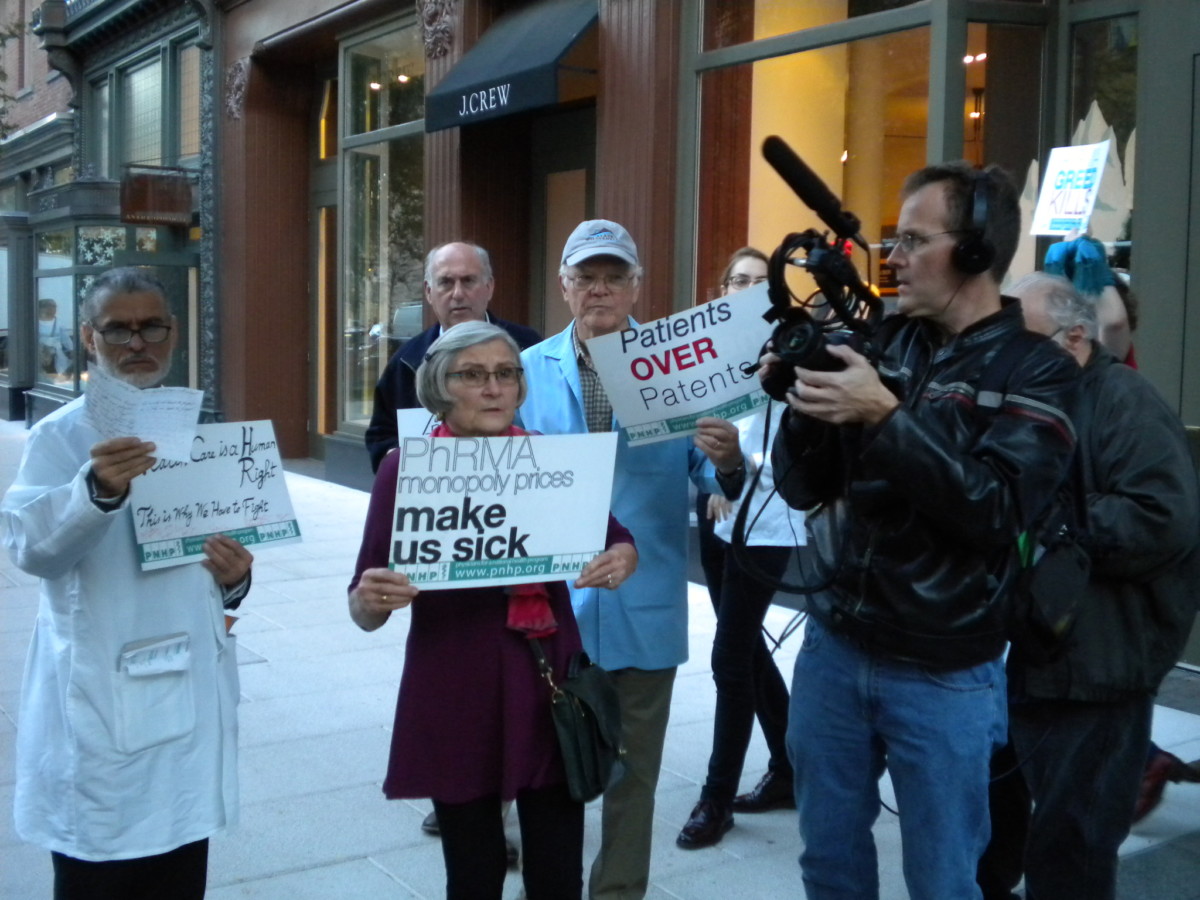 Lane Adams (red scarf) and Dr. Garrett Adams (blue coat) of Louisville, Kentucky, were among the protesters.  Behind them is Richard Master, the producer of “Fix It–Health Care at the Tipping Point,” the movie that explains the economic advantages of a single payer system. 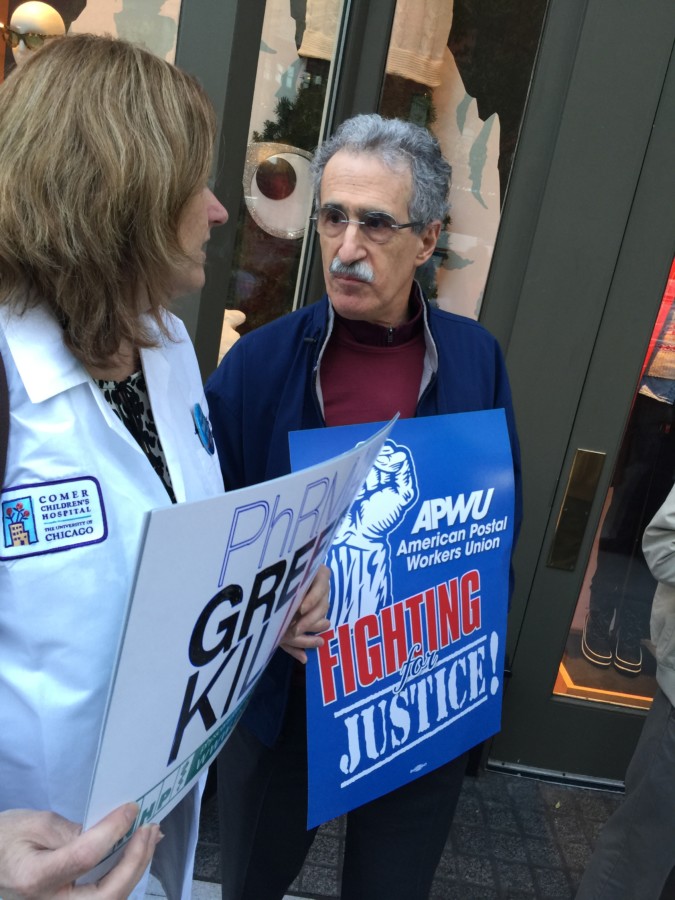 Mark Dimondstein, President of the American Postal Workers Union (APWU), addressed the rally.  “The people of this country are ready for a Medicare for All, single payer system,” he said.  “Big Pharma is criminal cause people die on the altar of profit,” he stated.

Members of the APWU joined in the protest.  The APWU represents more than 200,000 USPS employees and retirees, and nearly 2,000 private-sector mail workers

Medical students who were attending the PNHP training and annual meeting kept the picket lively with songs and chants.