We can provide health care for all

Would you rather have your life and death medical decisions made by a “nameless bureaucrat” or in a boardroom in New York city?   Having worked for many years for our government, I can assure you that the vast majority of government workers are motivated by the desire to do a good job and to provide a decent living for their family.  They are not motivated by the need to siphon off millions of dollars from the healthcare industry to enrich their fellow board members and stockholders.  These “nameless bureaucrats” do indeed have names and are responsible hard-working people trying to help with the mission their agency has been assigned.  They are held accountable when they make mistakes and not given a golden parachute to go away.  If all of our government workers and politicians are just lazy crooks, just what makes our country so great?

The insurance companies do not add any value to our health care.  We can get along just fine without them.  Our own Medicare, Medicaid and VA have proven this.  Look at all of the other industrialized countries in the world that do just fine with government-run health care systems.  If these other countries can afford to provide healthcare to all of its citizens, then surely the wealthiest country to have ever existed could also.

Letter writer wrong about “Medicare for all” 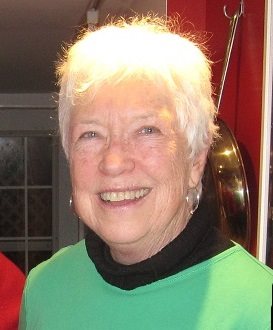 I respectfully disagree with the views expressed by E. W. Hoelscher in his letter published in The Courier Journal’s Community Forum.  In opposing Sen. Sanders’ “Medicare for All” bill, it appears Mr. Hoelscher was confusing Bernie’s plan with the British National Health System (NHS), where doctors and hospital workers are employed by the government.  The NHS is a true socialist system.  Under Bernie’s proposal, physicians would not work for the government.  They would operate their own practices, and their fees for service would be reimbursed and processed through the government—as is now the case for traditional Medicare.  Nor would hospitals be expropriated; they would operate as they do now but be paid through the single-payer financing system, rather than by way of costly middlemen.  It is true that “Bernie and friends” oppose the private insurance companies who pay their CEOs outrageous salaries and add billions to the costs of U. S. health care.

Not surprising, the single-payer, Medicare for All alternative to our current healthcare mess is being heaped with distortions and outright false information.  Witness two recent letters to the editor in The Courier Journal.

One writer says businesses will be the big winner with Medicare for All.  Partially correct.  They will definitely save money, but they will pay their fair share, just like employees.  Eliminate premiums, deductibles and co-pays, and workers are the big winners, not employers.

When the profit and overhead of insurance companies and hospitals amounts to hundreds of billions of dollars, and drug prices will be lowered due to negotiation, the savings are huge under Medicare for All.  Savings will go to patient care and everyone will be covered.

And rest assured, Medicare for All will be sustainable long term, since Congress will be included in the plan, just like each of us, a sure-fire way to make sure funding is preserved.