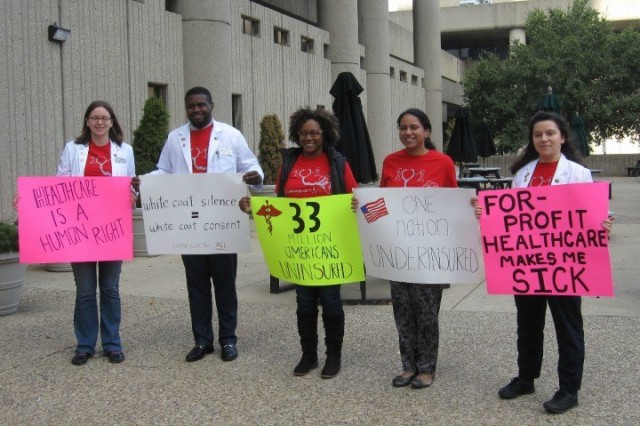 University of Louisville Medical Students gathered on the campus to begin the walk to Jefferson Square.  Their action was a part of over 30 events organized by future doctors across the country to demand that the nation move to a single payer system in which everyone has all medically necessary care. 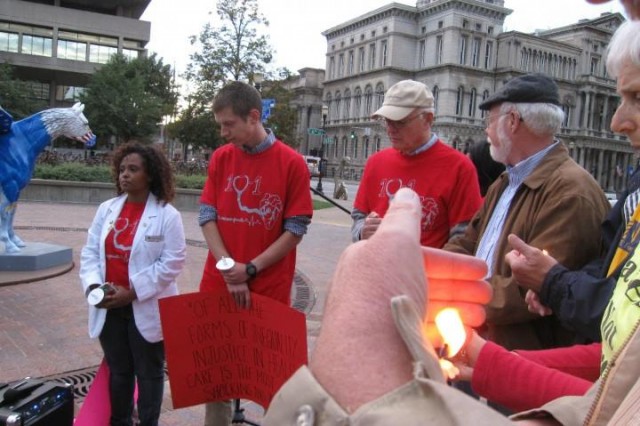 At Jefferson Square Park the students held a candlelight vigil in memory of the patients who have died from preventable causes, lack of insurance and underinsurance–the inability to access or pay for care even though nominally insured.  The students pledged to work to change this situation–to bring care to all through a national single payer, improved Medicare for all system.

L to R  Second year U of L medical students Brandi Jones and Michael Gasser and physicians Garrett Adams and Peter Esch.  Jones and Gasser are founders of Students for a National Health Program, SNaHP, in Louisville, and Jones is the president.  Adams is a former president of Physicians for a National Health Program, and Esch is an advisor to Louisville SNaHP. 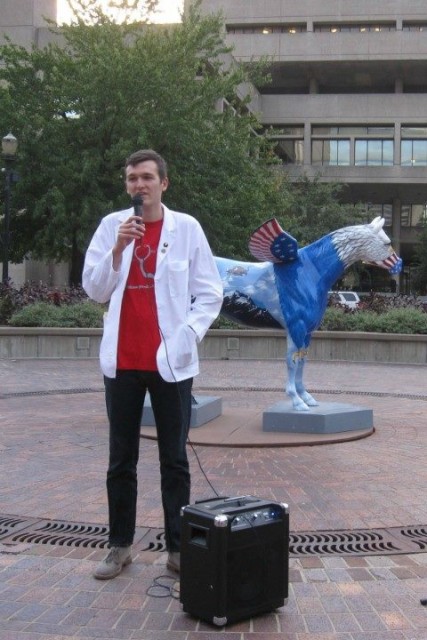 Second year U of L medical student Ben Neltner speaks at Jefferson Square Park.  He is one of the founders of SNaHP. 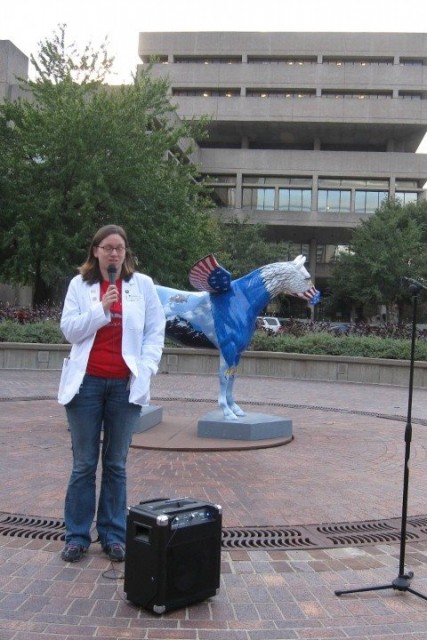 A medical student tells her health care story on October 1, 2015. 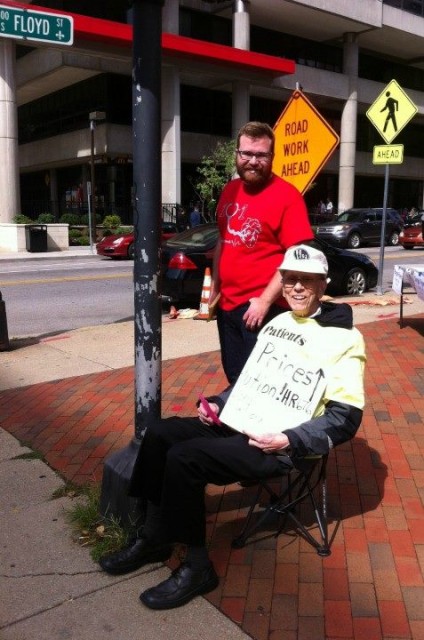 Second year medical student Andy Crone and Tom Moffett staff a spot in the heart of Louisville’s medical complex to provide the public with information about single payer health care.  It was a part of SNaHP’s nationwide teach-in on Oct. 1.  Crone is one of the founders of Louisville SNaHP, and Moffett is a long time activist in the Kentucky Alliance against Racist and Political Repression and in Kentuckians for Single Payer Health Care. 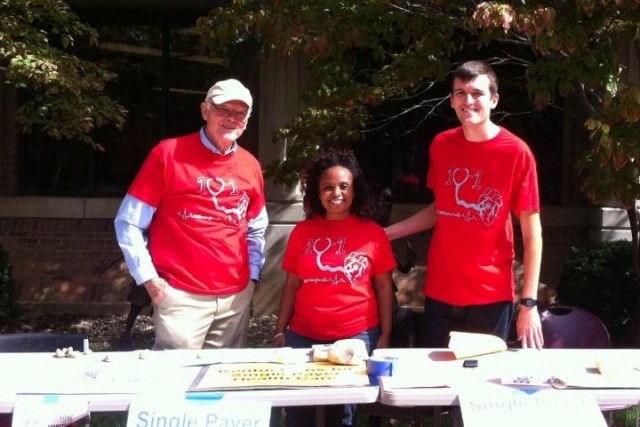 All photos are by Harriette Seiler, Secretary of Kentuckians for Single Payer Health Care.  The message below is from Brandi Jones.

First and foremost, I want to send a sincere thank you to everyone who was able to give any amount of time that they could spare to help promote the messages of universal healthcare and single payer. I dream big, and so admittedly, initially it was somewhat discouraging that there weren’t tons of people who were equally excited to join this effort and that maybe the event wasn’t as flawless as Dr. Adams is giving us credit for. But, all of you remembered the true significance of the event and mentioned at some point over the course of the day that what we should celebrate is that we were able to  give a voice to an issue affecting thousands of people every year. The heart and commitment to stand when not many others are willing or able to do so is a testament to the character of the folks that participated in the event, and I’m truly honored and uplifted  to have been able to share the  day with all of you. We saw both during the day and during the evening that people have stories that they are waiting to share and wanting to be heard. So, regardless of the lack of appeal or popularity among our peers or in our small segment of the world, we have to stay focused and keep pushing, and I know each one of you will make sure we do just that – and not in isolation, but with our other SNaHP chapter colleagues out there battling too.

In addition to quickly reflecting on #TenOne, I also wanted to take a moment to welcome our 1st year students who are now officially part of the advisory board – Camila Calderon, Rina Perlin, and Mallika Sabharwal. They have no idea how excited we are to have them on board! I know they will be amazed at the support shown by PNHP, KSPH, and SNaHP, and we’re ready to have them jump right in.

I put all the email addresses that I had or that would populate from the directory, but I’m certain there are people that I missed. So, please feel free to pass this along, and let them know that we thank them, and that we will be in touch for upcoming work…very soon!

University of Louisville School of Medicine