The event was a part of  a national #TreatNotTrick action that took place at medical schools across the country to highlight the need to remove private insurance companies from the system to guarantee that everyone receives needed care.

The Courier-Journal covered the story.  The link is here.  Press coverage was organized by KSPH PR Director, Charlie Casper. 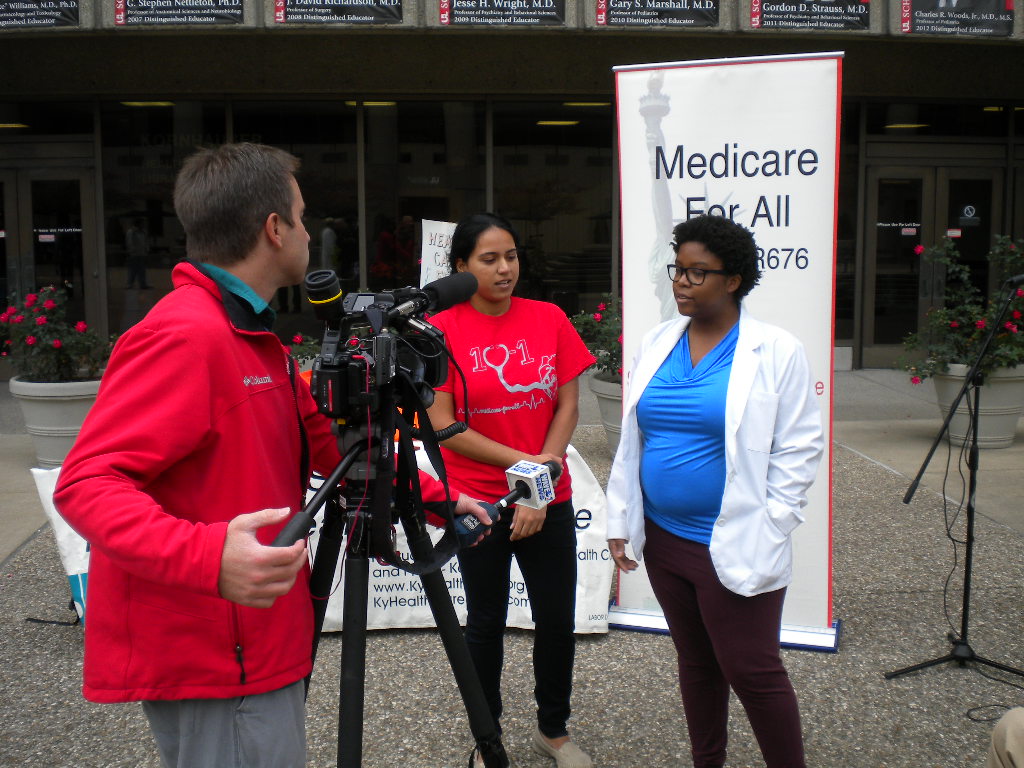 L to R WAVE-TV reporter interviews medical students Mallika Sabharwal and Lyn Jones.  Jones spoke of going without coverage and care.  Her untreated infection led to serious and lasting consequences for her health. She urged that everyone be covered through single payer. 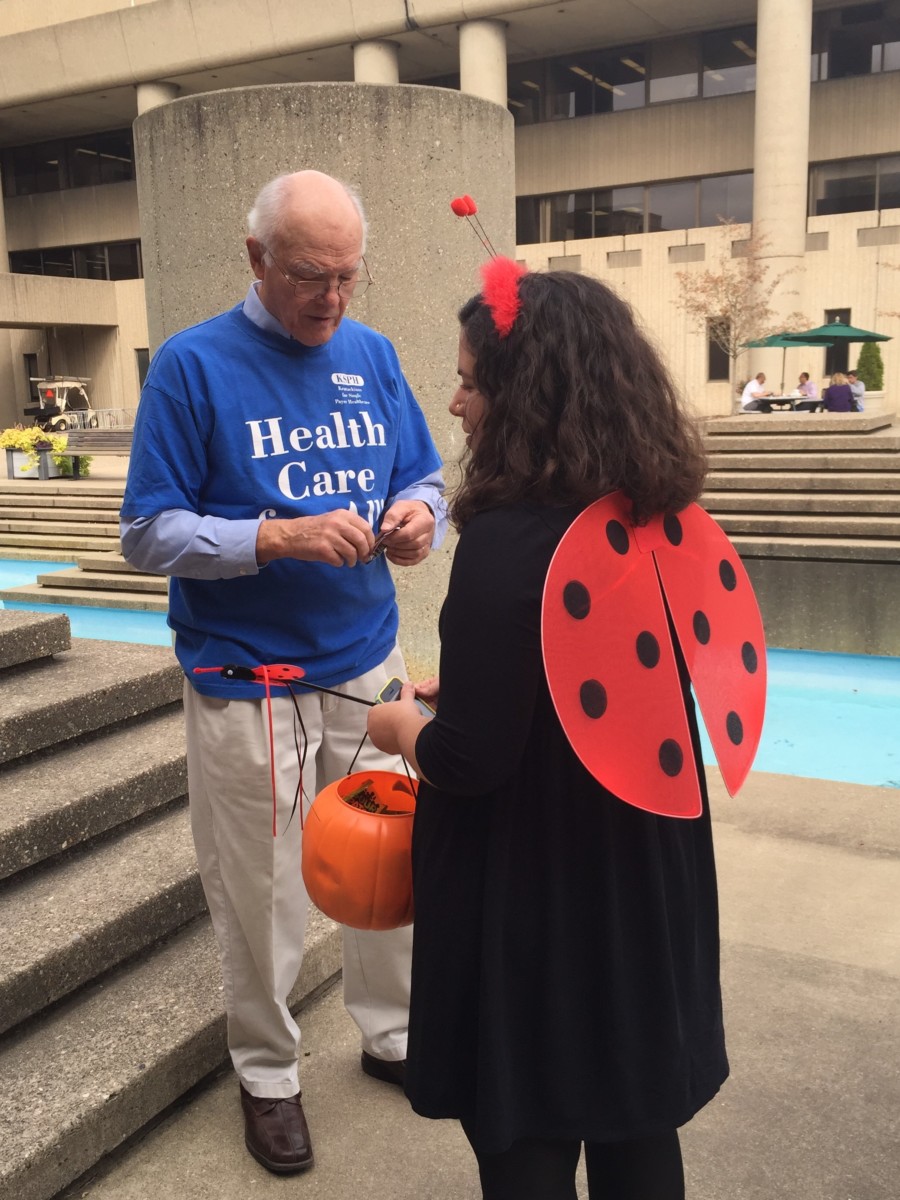 Med student Rina Perlin speaks with Dr. Garrett Adams, past president of Physicians for a National Health Program.  Rina said she dressed as a ladybug because “Private insurance bugs me.” 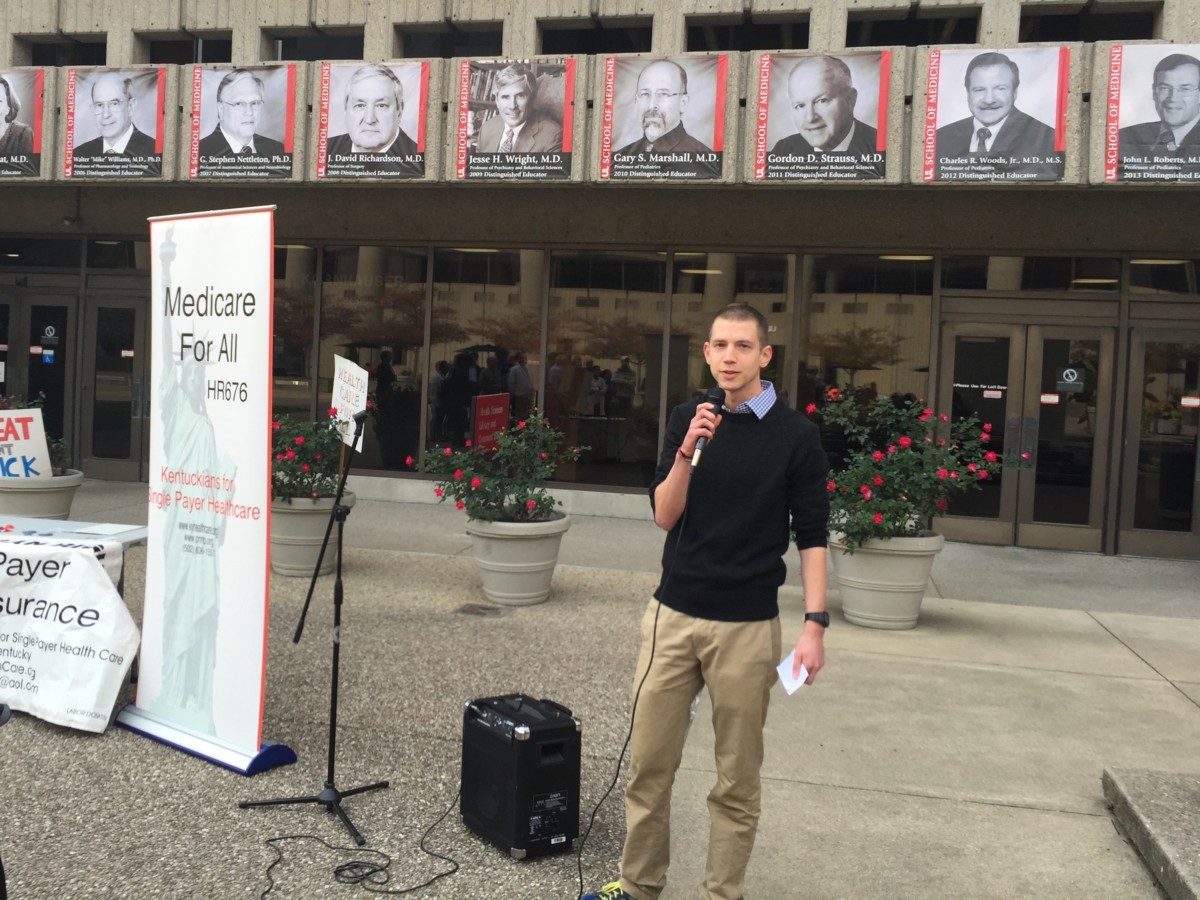 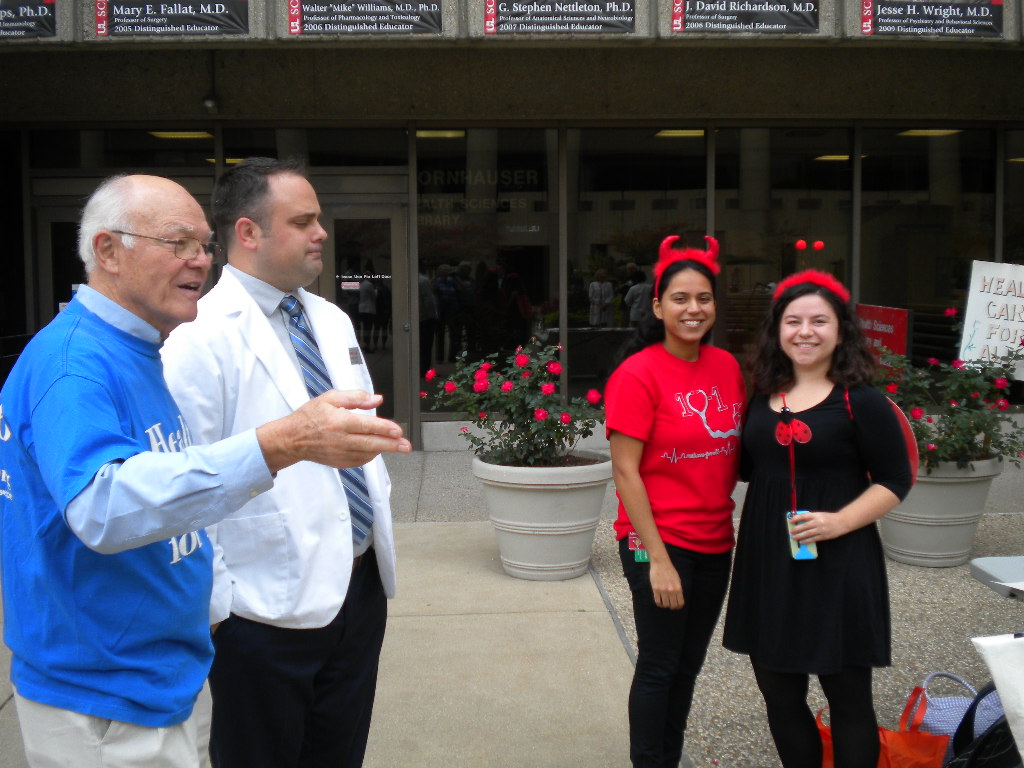 L to R Dr. Garrett Adams with medical students Justin Watkins, Mallika Sabharwal, and Rina Perlin.  Watkins spoke of the great advantage to his family when his first two children were born in Canada.  When his third was born in the US, the drug essential for his wife’s care cost $1,000 instead of the $200 they paid under Canada’s single payer system. 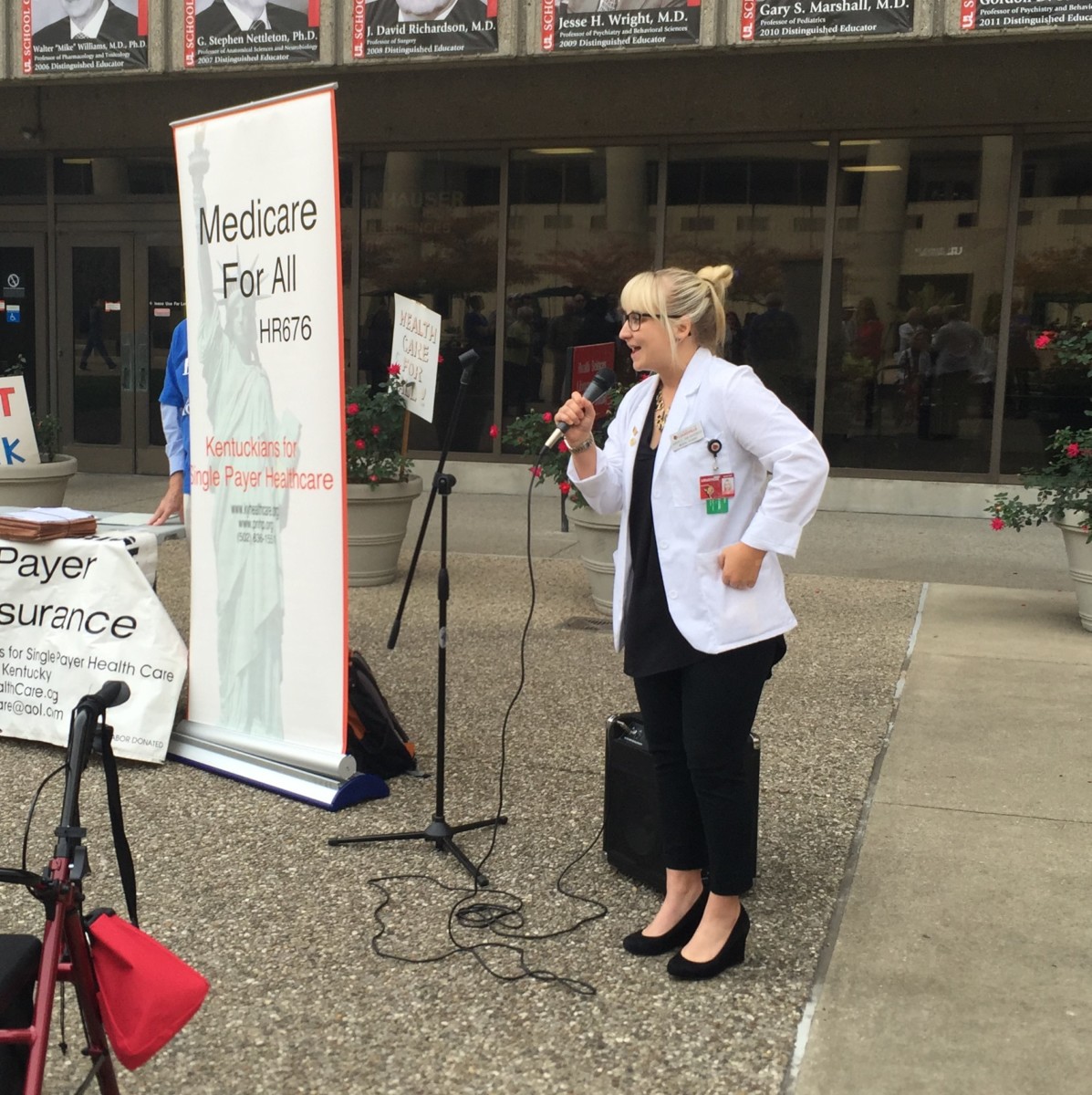 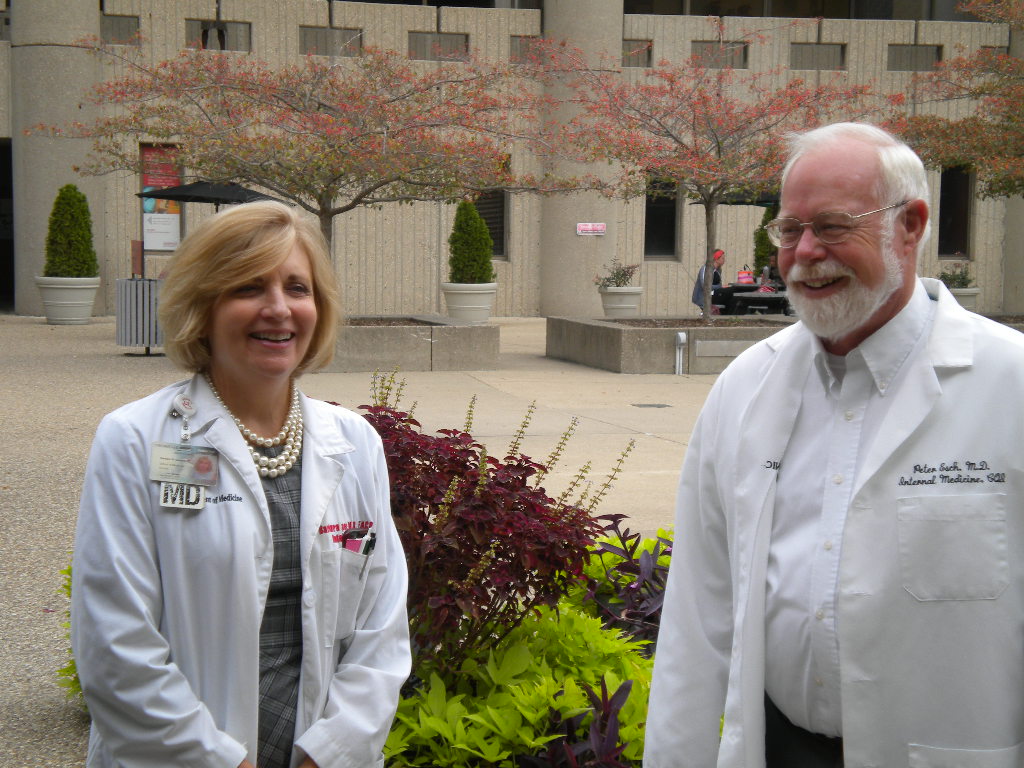 Barbara Casper, MD, Internal Medicine, spoke of her concern for those who cannot afford their care.  Peter Esch, MD, is an advisor to the UofL SNaHP. 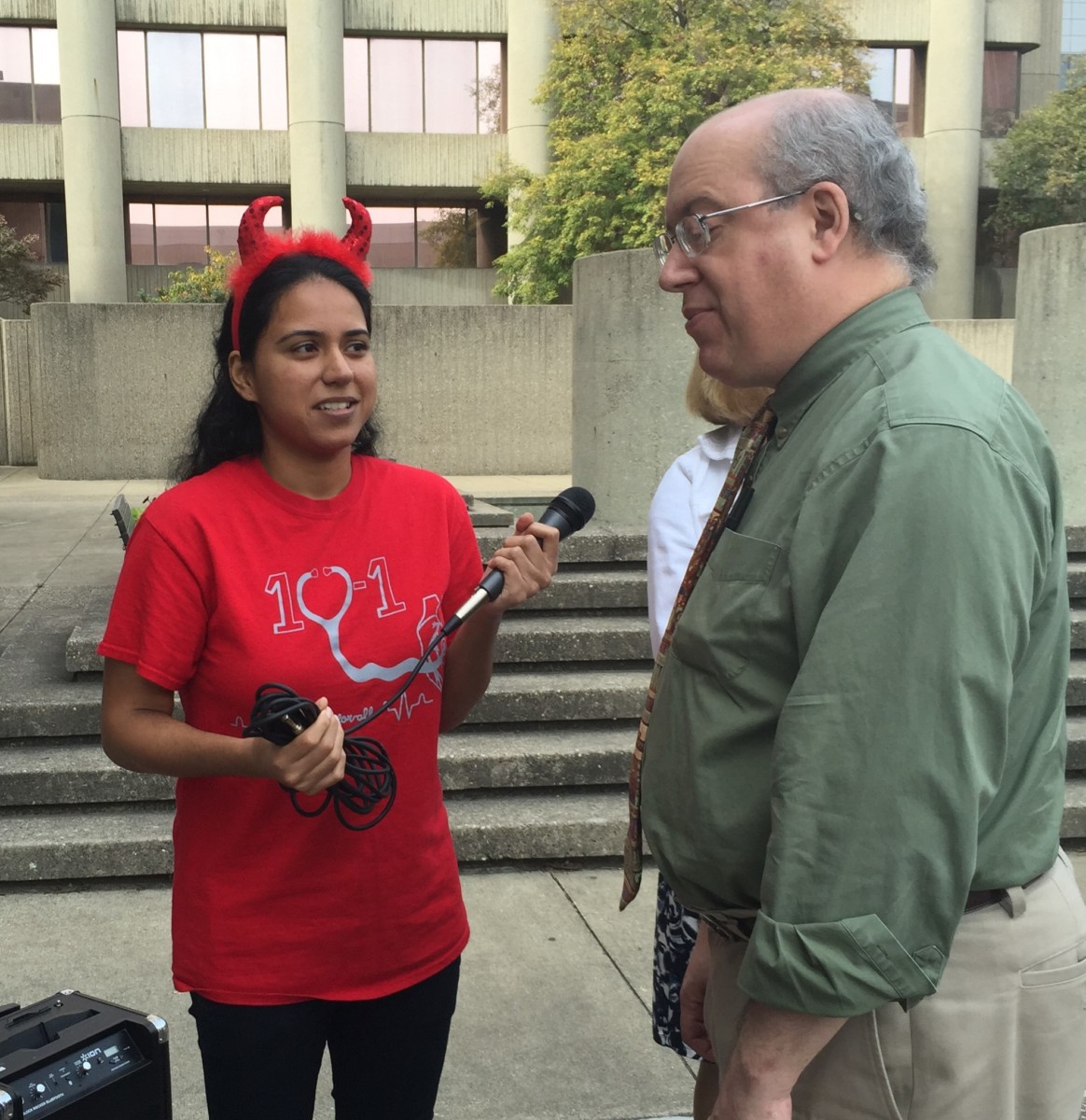 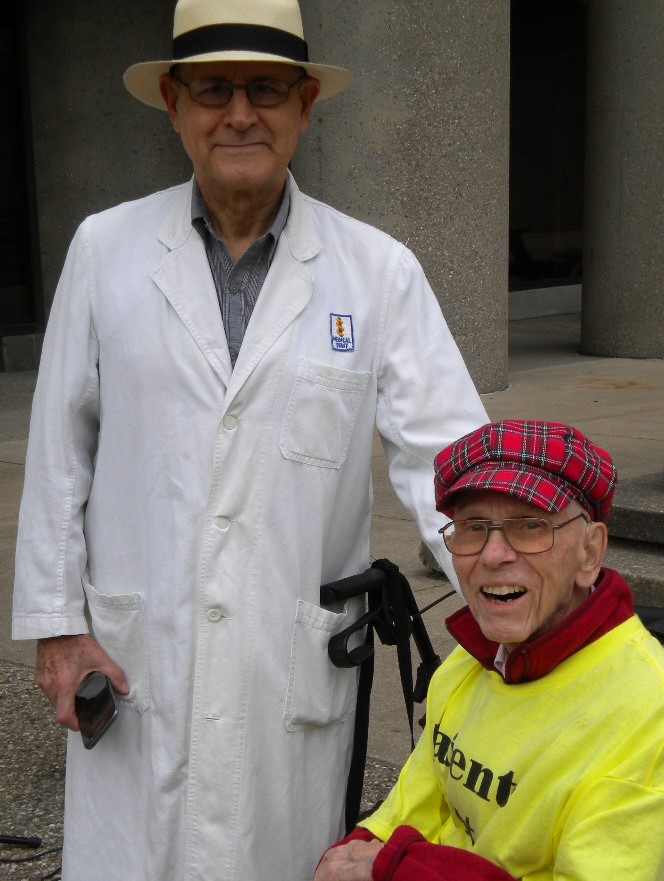 Edgar Lopez, MD, pictured with Tom Moffett, Louisville legendary social activist.  Dr. Lopez practices at a free clinic in Butchertown.  He told of ear drops needed by a patient who could not afford them because the cost was over $200.  He said that the same drug is available in Ecuador for $10.  He called for an end to the gouging by the pharmaceutical companies.

Christian Davis Furman, MD, Geriatric and Palliative Care, spoke of the efficiency of the VA and Medicare.  She is pictured here speaking with Peter Esch, MD.

“Let’s treat our patients, not trick them with private insurance”