On August 3, 2016, Dave MacCool passed away at his home in Louisville.  He worked tirelessly in the single payer movement, serving as one of the top officers of Kentuckians for Single Payer Health Care and carrying more than his share of the load through dozens of marches, programs, films, power point presentations, speak outs, and more.   When the nation finally wins universal health care, Dave’s name will be inscribed on the honor roll of those whose work made it happen.

Dave MacCool carrying banner across the bridge on the candlelight walk from Jeffersonville. 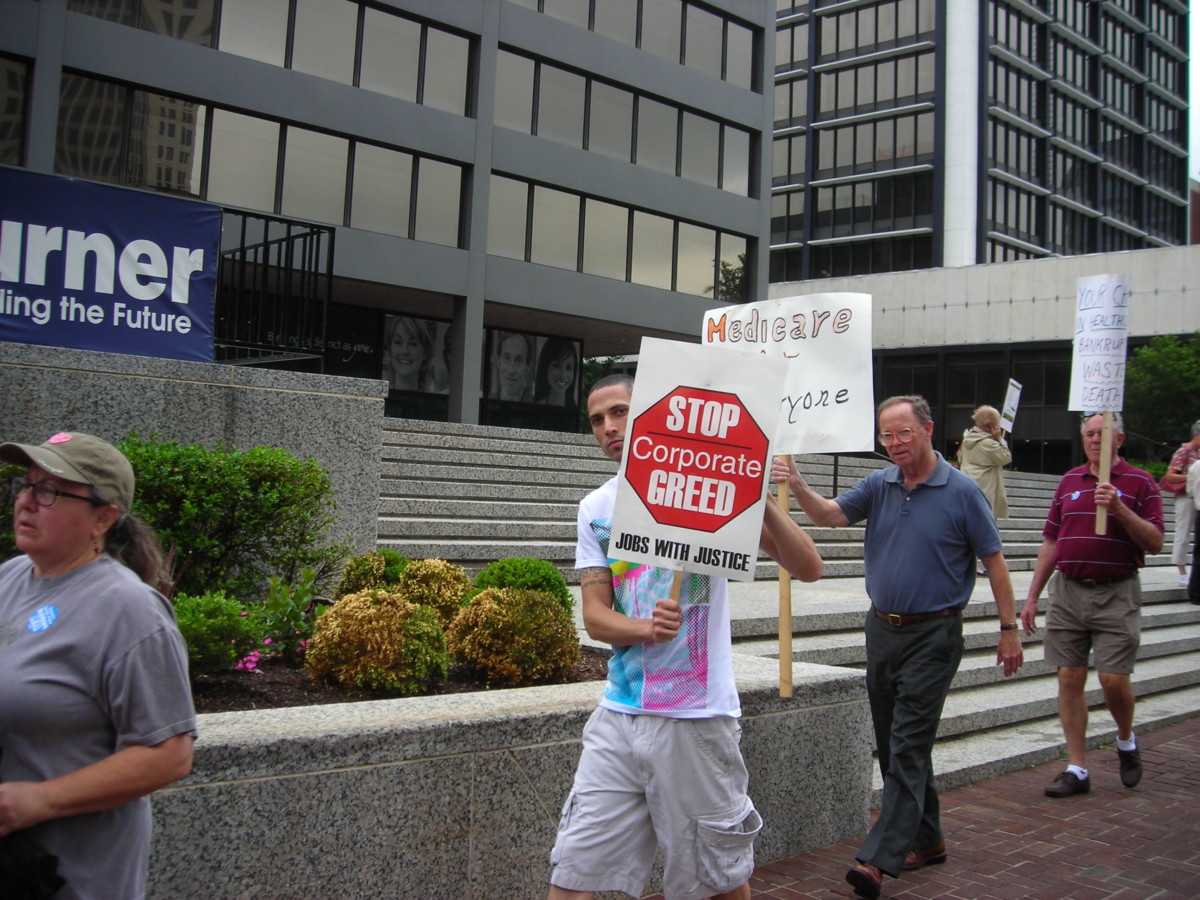 Dave MacCool with Medicare for Everyone sign during a demonstration at Humana Headquarters.

He is survived by a family he cherished, his wife Nancy, a son, Christopher, a daughter, Kathleen and his brother, Rob.  Funeral service will be at 11 am Tuesday at St. Mark’s Episcopal Church , 2822 Frankfort Avenue, with a reception to follow the service. Visitation 4-7 pm Monday at Pearson’s, 149 Breckenridge Lane.  Memorial donations may be made to Pitt Academy, 7515 Westport Road, Louisville, KY 40222.

Obituary in the Courier-Journal.