On September 23, 2017, Harriette Seiler and Kay Tillow of Kentuckians for Single Payer Health Care gathered with friends and loved ones at the home of Jean Elizabeth Tucker to celebrate the life of Bill Martinez.

For many years, Bill was an elected member of the Steering Committee of Kentuckians for Single Payer Health Care.  Bill worked the community festivals, staffing the booth and carrying tents and tables, to spread the single payer message far and wide.  He worked with quiet commitment and compassion, sharing his vision of justice in health care.

In his spare time he created beautiful works in stained glass and tended a splendid garden.  He will be sorely missed, but never forgotten.  He is pictured here at the Highlands Fest in 2007. 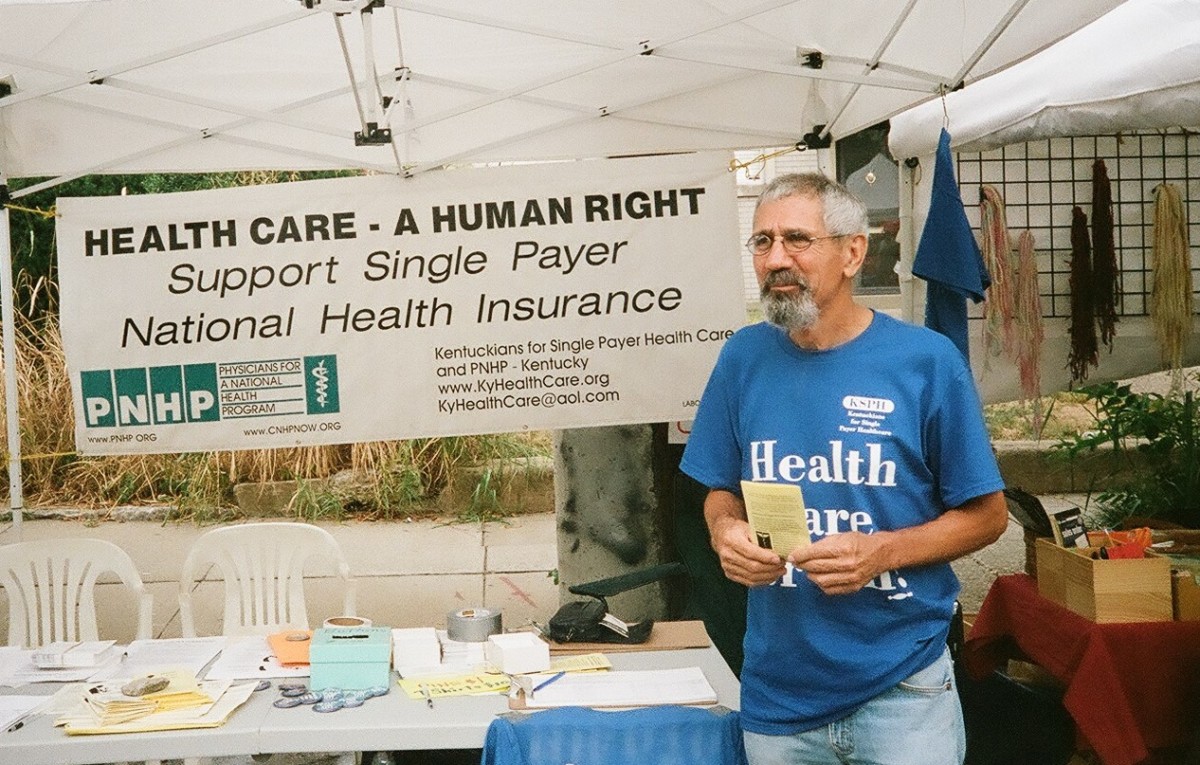 This is the obituary from the Courier-Journal

Preceded by brothers Henry and Fra 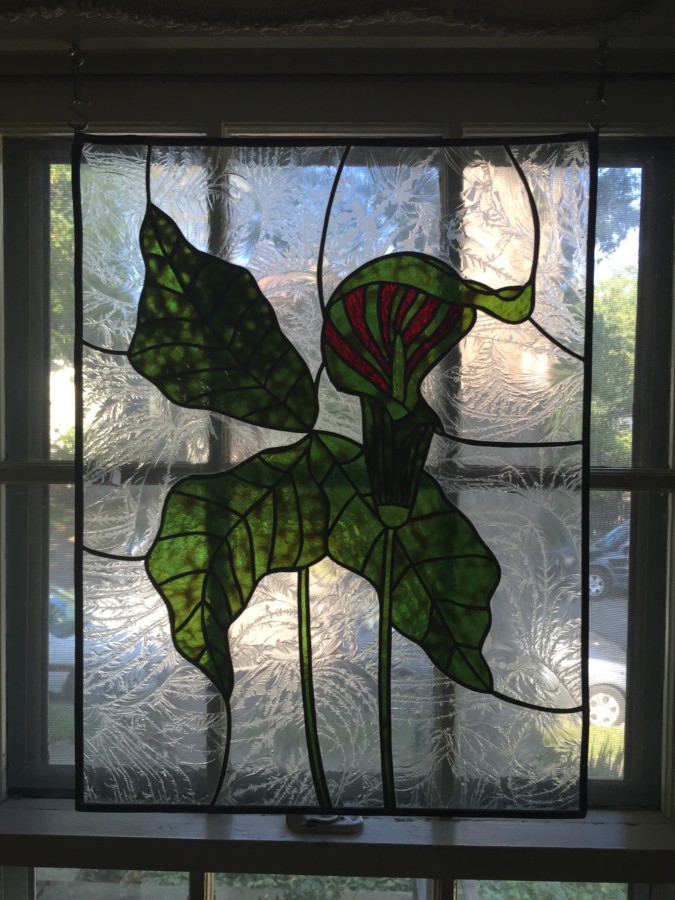 nk Martinez; sister and brother-in-law Hilda and Merle Aman; and by his beloved cats, especially Lulu.

At left is one of Bill’s stained glass pieces.  Below is a photo of Bill in Senator Mitch McConnell’s office in Washington, DC.  The woman with her arms full of petitions for HR 676, national single payer health care, is an assistant to McConnell.  Wearing the cap is Bill’s close friend and fellow Teamster, Tony Scott.   In the back on the right is Dave McCool. 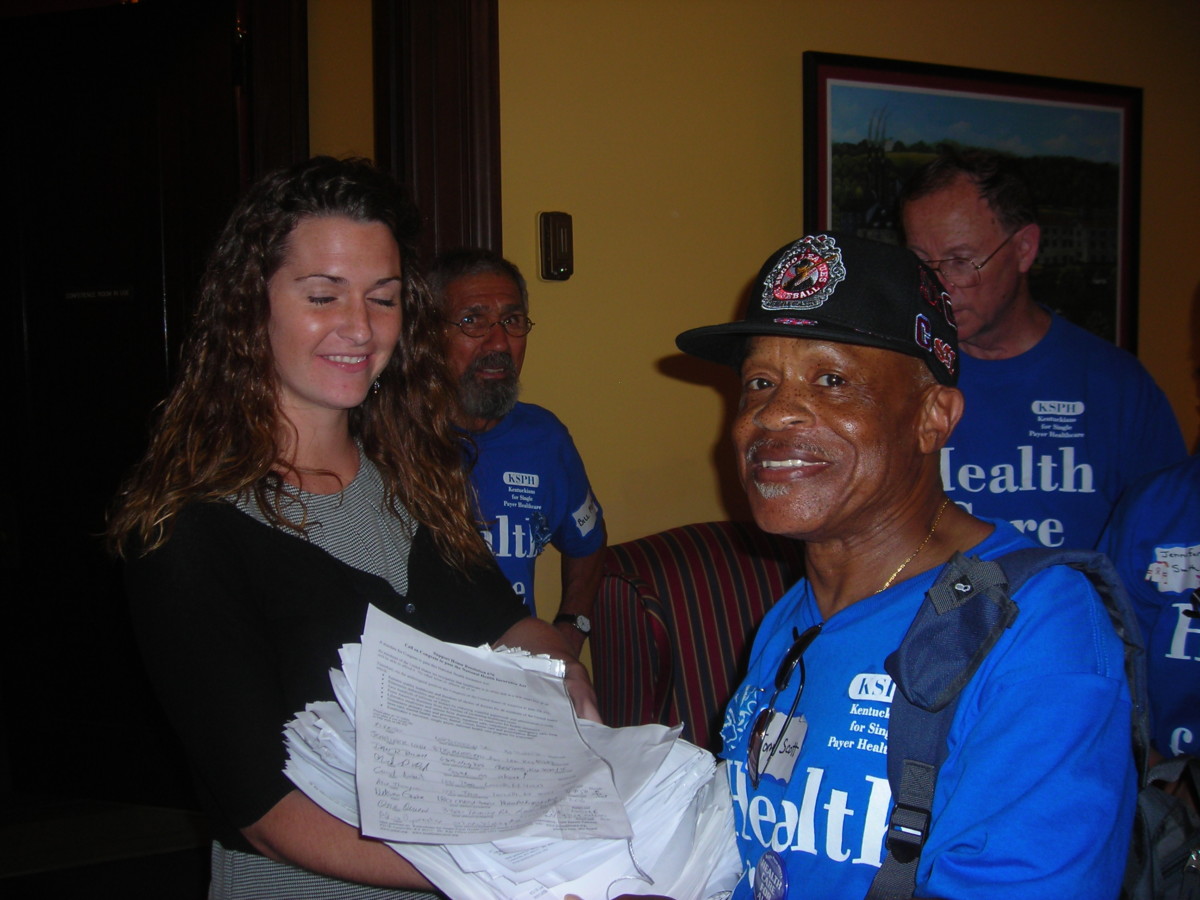