On July 29, 2017, Kentuckians for Single Payer Health Care rallied with Indivisible and many others at Metro Hall in Louisville to insist that legislators recognize and implement the right of all to health care.   KSPH Vice Chair, Edgar Lopez, MD, FACS, and Secretary Harriette Seiler were among the featured 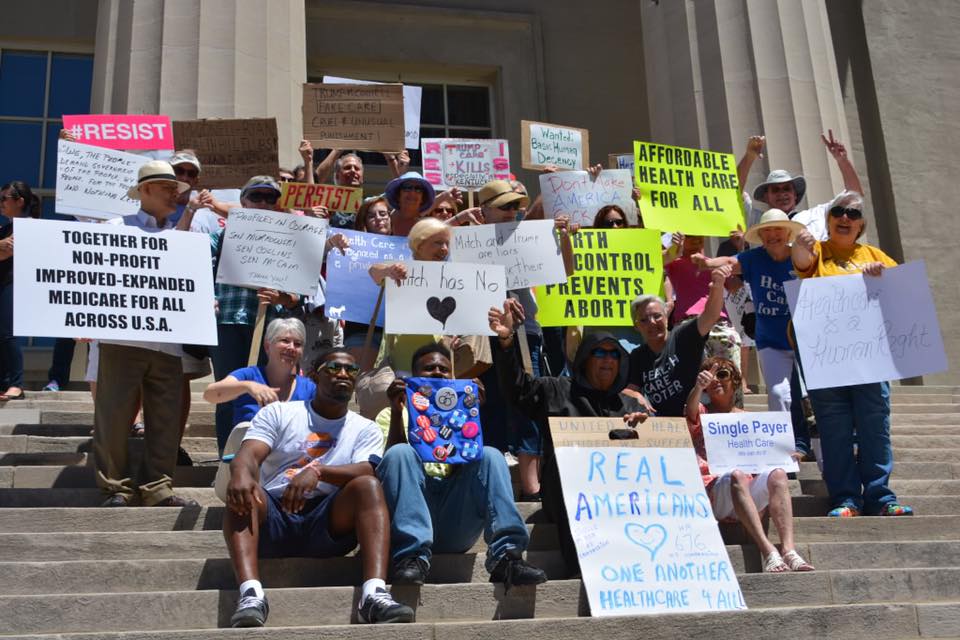 speakers.  Dr. Lopez, who is bilingual and volunteers many hours at the Free Clinic in Butchertown, is pictured here holding the “Improved-Expanded Medicare for All” sign.

In the days before the rally, the Senate voted narrowly, 51 to 49, against a proposed bill that would have repealed major parts of the Affordable Care Act.  That Senate bill w 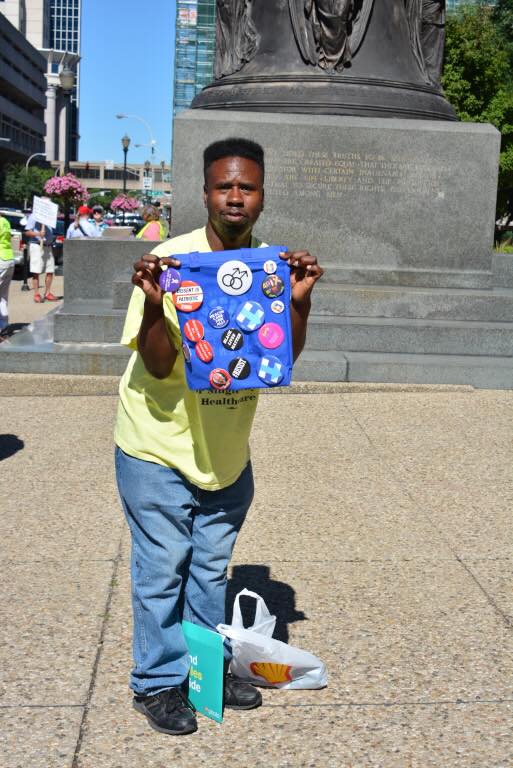 ould have stripped away coverage for millions according to the Congressional Budget Office.

The threat to take away care has galvanized the single payer movement across the country, as many recognize the precarious nature of the gains made and the problems that continue with 28 million still uninsured and many millions more who have insurance but are still unable to afford medicines and care.

The Courier-Journal covered the rally.

Harriette Seiler, below, a former Canadian, brought the message of what single payer health care has meant to her Canadian family and friends.  KSPH activist Antonio Wilson, left, faithfully attends every healt 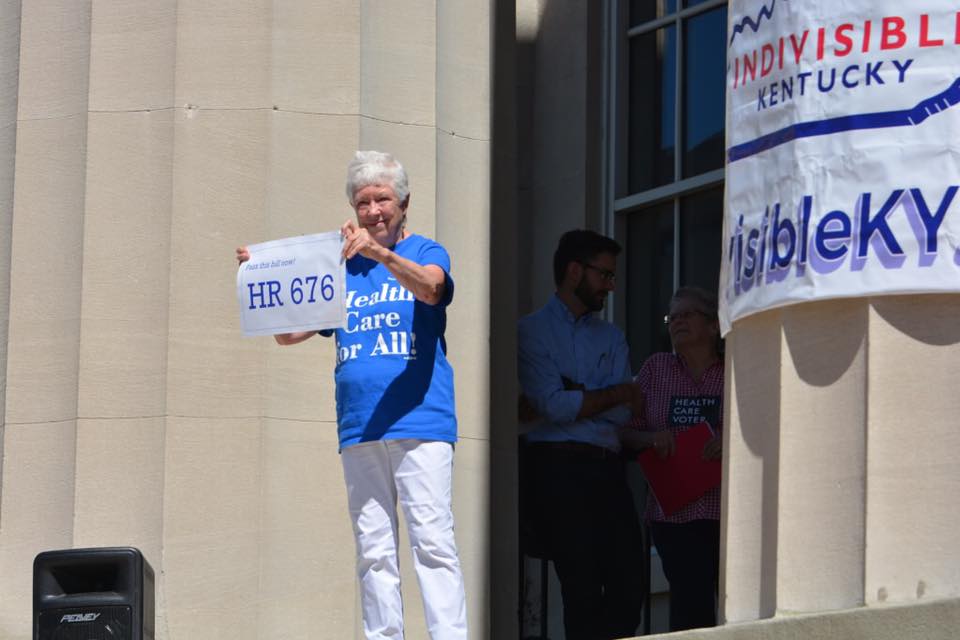