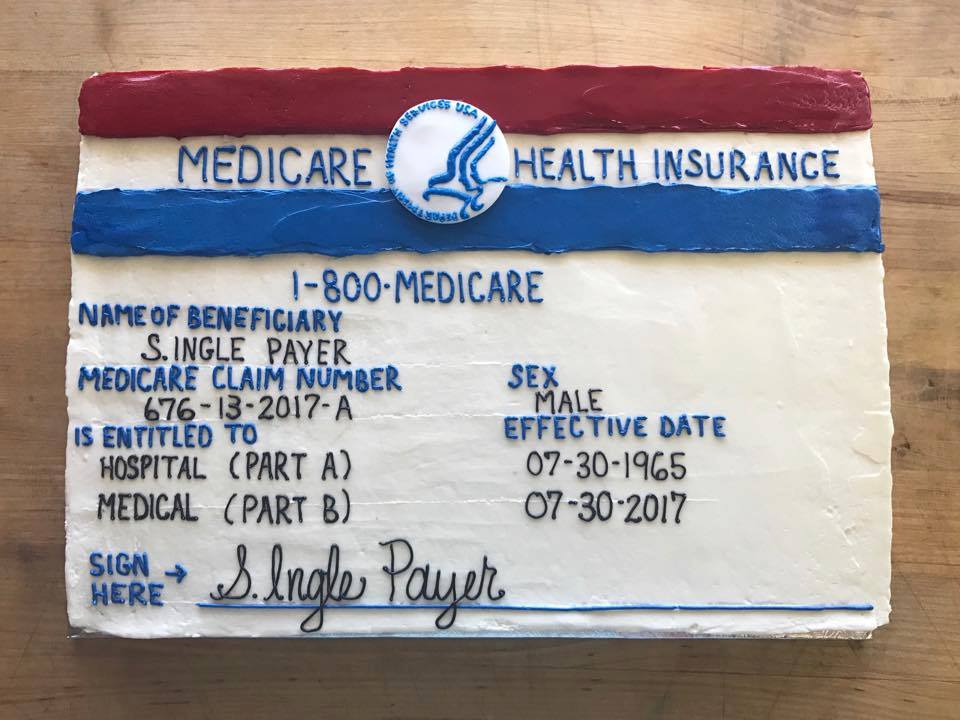 th cake, great company, and a film at the Tim Faulkner Gallery in Louisville on Portland Avenue.  The celebration was one of many across the country that promoted the single payer Medicare model as the solution to the health care crisis.

Christine Perlin and Mary Dunbar headed the committee to organize the event.  Kristi Thomas, Doris Bailey Spencer, Harriette Seiler, and others helped.  Participants viewed the film, “Fix It–Healthcare at the Tipping Point” and followed up with a discussion period.   The magnificent cake was provided by Mary Dunbar.

Medicare, signed into law on July 30, 1965, was implemented within ten months in a time before the digital age, far outpacing the Affordable Care Act which takes effect in stages over a ten year period.  Medicare brought care to those over 65, the part of the population that insurers were not eager to cover.

Before Medicare about one half of seniors did not have hospital insurance.  Many lived without care, many in poverty.

There are more reasons to celebrate Medicare.  Medicare desegregated the nation’s hospitals by making compliance with Title VI a requirement for receiving Medicare funds.  In the blink of an eye, decades of barriers based on race fell to a well-designed federal program with economic consequences for those who would not comply.

The gains in access to hospital care for African Americans in Mississippi “coincide with a striking reduction in black post-neonatal death for causes considered preventable with timely hospital care.”  Medicare showed what the country could do when the objective was patients rather than profits.

Other changes to Medicare were not positive.  There were attacks in the guise of improvements.  During the Clinton administration in 1997, the Budget Reconciliation Act established “Medicare+Choice,” opening the door to private insurers selling Medicare plans to seniors while pocketing the profits.  That door was widened in 2003 when the Medicare Modernization Act established an entirely privatized drug plan and gave additional taxpayer money to the insurers selling privatized plans known as Medicare Advantage.

The drug plan forbids any use of bulk purchasing power to negotiate better drug prices.  While the Veterans Administration can use its power to lower drug prices by about 40%, Medicare is barred from doing the same.  Billy Tauzin, the sponsor of the Medicare drug plan, went on to work for big Pharma with a million dollar a year job.  Seniors continue to struggle with drug costs.  The public pays about 14% more for these private Medicare plans while the insurers find the ways to lure seniors in. 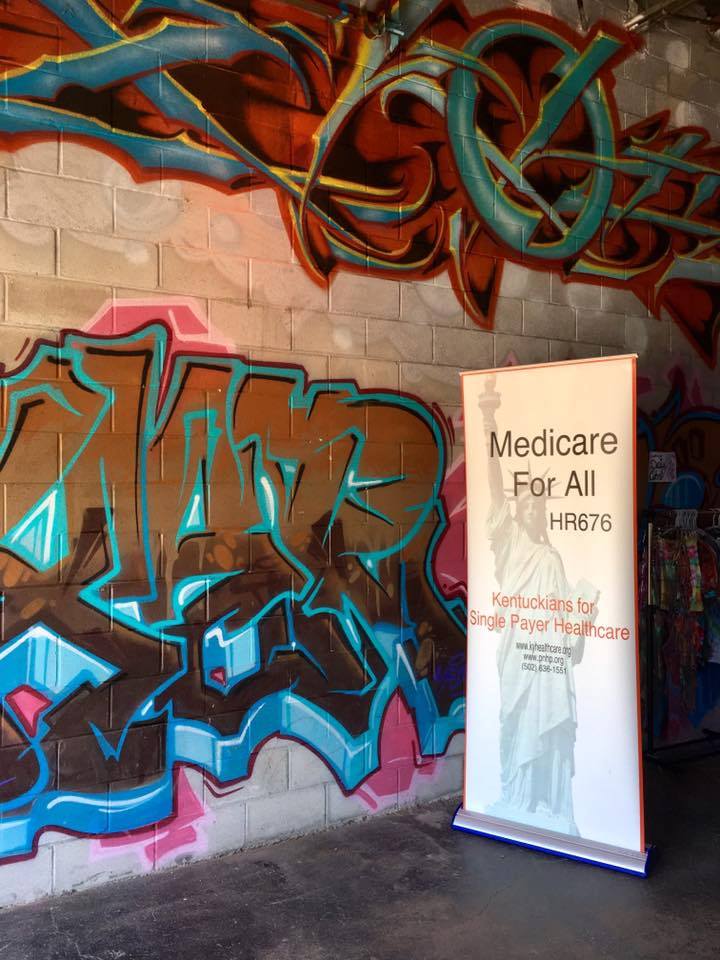 Medicare Advantage plans now account for 30% of Medicare recipients.  These inferior plans can threaten traditional Medicare solely because they have been able to keep monthly premiums low or zero, attracting the elderly who must keep monthly costs uppermost in mind.

Subsequent legislation allows means testing for Medicare payments and changes in doctor payments in ways that pretend to pay more for greater value but in reality impose massive administrative costs on doctors’ offices.   These crude attempts to measure what is not scientifically measurable are cause for concern.

There are further problems.  Medicare now covers only about 51% of seniors’ health care costs, leaving them vulnerable to economic hardship, bankruptcy, and going without care.  To preserve Medicare we must improve it and expand it to all.  That was the promise of Medicare when it was passed and that is the clear solution for today’s healthcare crisis with its soaring costs yet incomplete coverage and care.

Medicare shows by in its single payer structure that it can be improved and expanded to cover the entire nation while bringing costs under control.  That is what Congressman John Conyers’ legislation, HR 676 does to assure that every person will be covered for all medically necessary care.   Support is growing by leaps and bounds.  There are currently 116 cosponsors of HR 676 in the House of Representatives.

A well informed and passionate national movement can change what is politically possible and make universal care a reality by passing HR 676!