On July 29, 2017, Kentuckians for Single Payer Health Care (KSPH) joined in the Pikeville Rally to demand that every person have the right to care.

“We’re here because we’re human beings and every human being deserves health care,” said Bev May, a Floyd County member of Kentuckians for the Commonwealth (KFTC) who emceed the event. “Every life counts, and every life needs health care.” 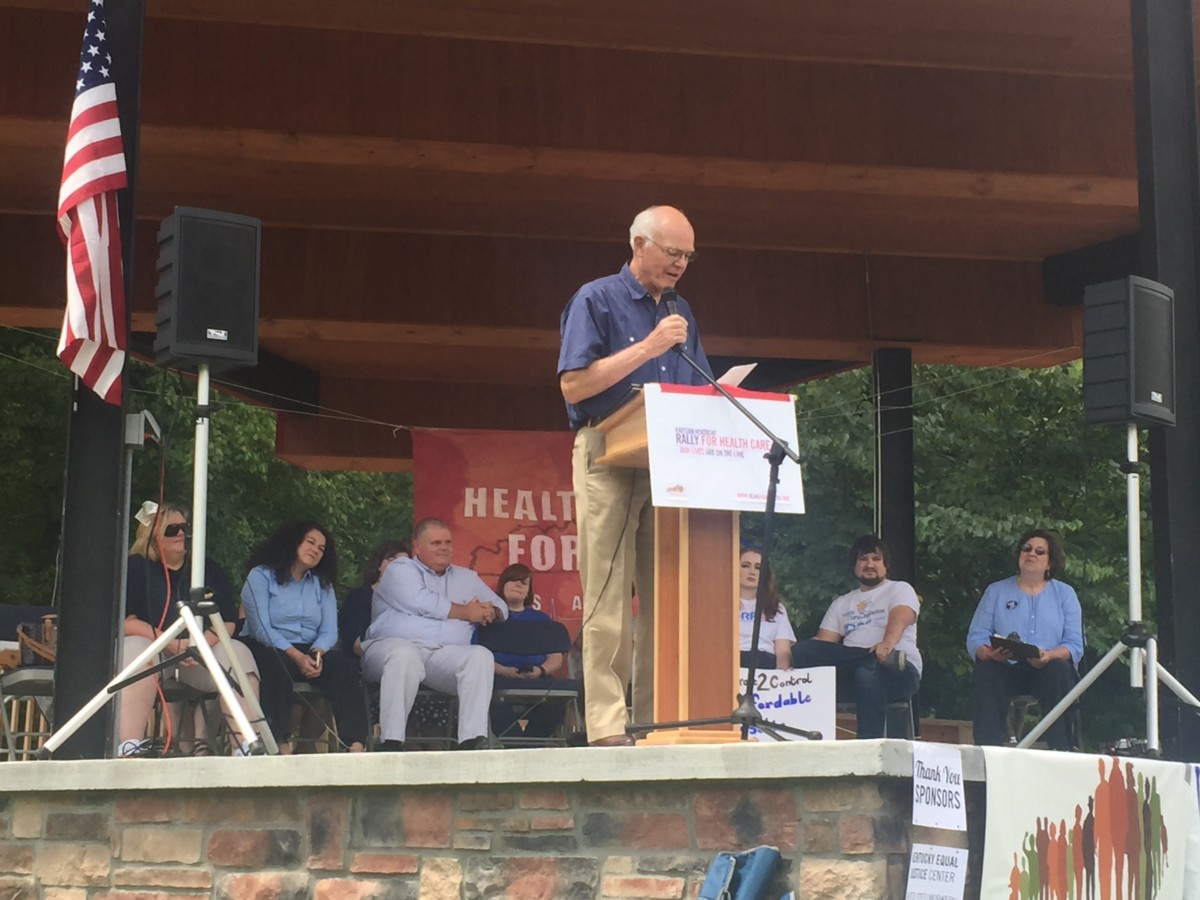 s to Rep. Hal Rogers and Gov. Matt Bevin telling them to support the people they represent and stop their efforts to take away health care for thousands of people.

“What kind of country will we have without a healthy population?” asked Dr. Van Breeding, who practices in Whitesburg. “This is the most important foundation to any country, to have adequate health care.”

Mark McKinley, Jill Harmer, Larry Hovekamp and Dr. Garrett Adams drove from Louisville to participate.   Dr. Adams, past President of Physicians for a National Health Program, addressed the crowd with a message of support for single payer, improved Medicare for All.  He is in the above photo.

Mark McKinley interviewed a number of participants about their health care needs and their views on single payer health care.  Those voices were broadcast on KSPH’s weekly radio show that can be heard in Louisville at 106.5 FM on Wednesdays at 5 pm and Thursdays at 9 am. 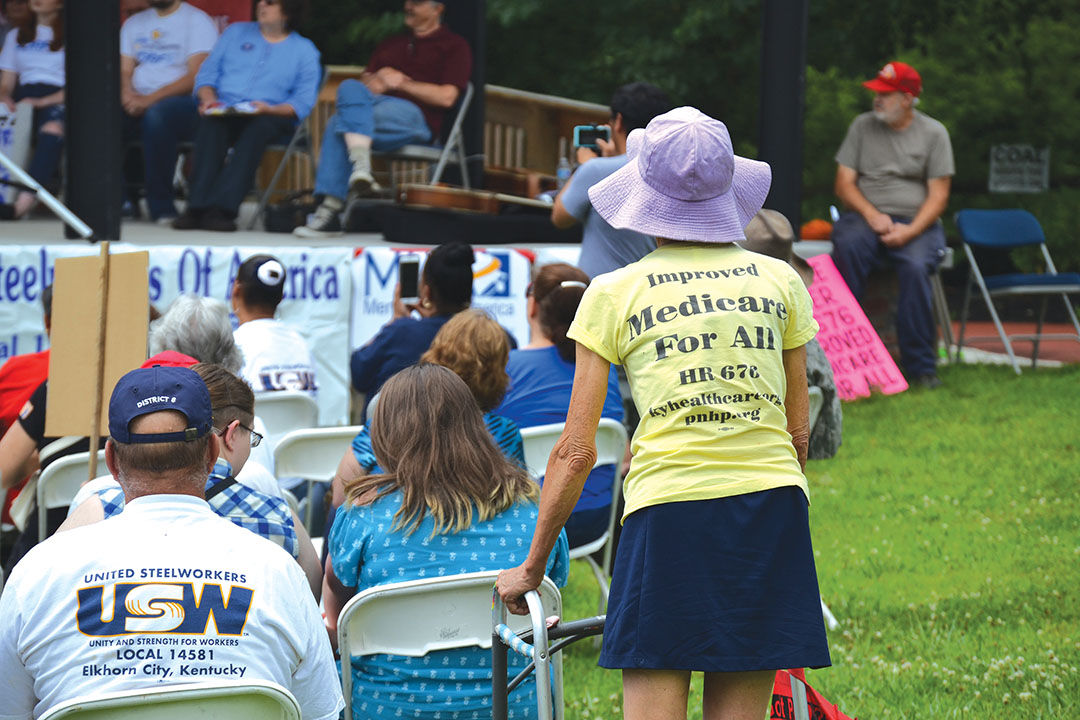 A fuller report of the rally can be seen at this KFTC link.

In the photo at right, Jill Harmer and a member of the Steelworkers Union display their views on the backs of their shirts.

A video of the rally can be seen on facebook at this link. 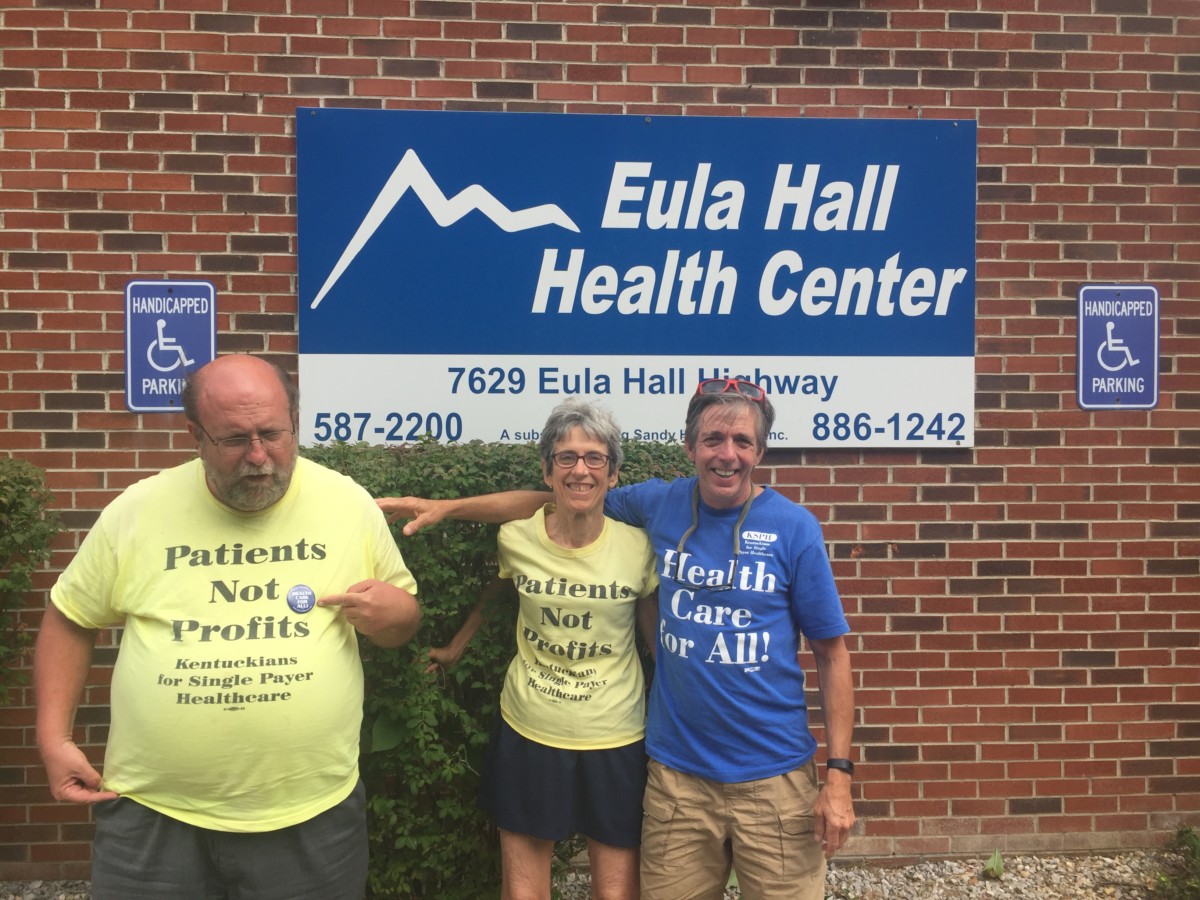